Diabetes mellitus (DM) is a common endocrine disease in dogs.This disease results from an absolute or relative lack of the hormone insulin.

Pancreatitis is common among cats, although its exact incidence is unknown. The disease can take several forms—acute, chronic, and acute on chronic (an episode of acute pancreatitis in a patient with chronic pancreatitis)—and differentiating among the forms clinically and making an antemortem diagnosis in cats remain challenging.

Pituitary-dependent hyperadrenocorticism (PDH) is the most common cause of spontaneous Cushing’s syndrome in dogs. It is the result of the inappropriate secretion of adrenocorticotropic hormone (ACTH) by a pituitary adenoma.

Diabetes mellitus (DM) is a common endocrinopathy in cats, with reported prevalence rates ranging from 0.4% to 1.2%. Factors related to the patient’s diet and adiposity and the presence of comorbid conditions (e.g., acromegaly, pancreatitis) likely contribute to the pathogenesis of feline DM as well as influence response to therapy and chances for achieving remission.

Hypothyroidism is a common endocrine disease of dogs. Measurement of T4 concentration is helpful to rule out hypothyroidism but should not be solely relied on to confirm the diagnosis.

Diagnosis of canine hyperadrenocorticism (HAC) or Cushing’s syndrome is difficult in some cases due to factors such as the presence of nonadrenal illness and limitations in the tests.

The owner reported that Lucky vomited in the car a week earlier when coming home from the groomer. Over the past week, Lucky’s appetite diminished but she seemed thirstier. Lucky had become progressively more lethargic and anorectic over the past 2 days…. 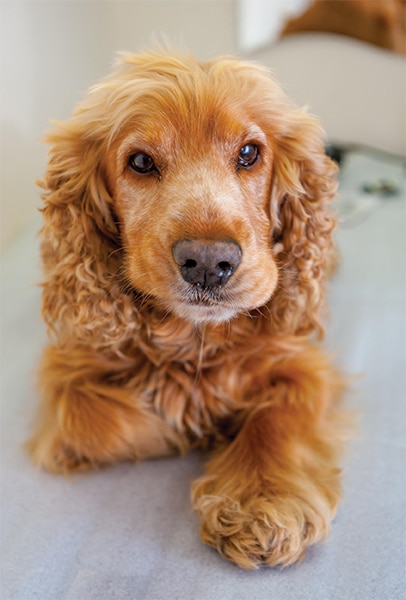