A 14-year-old spayed female domestic medium-hair cat was referred for evaluation of progressive nonpruritic dermatologic changes, inappetence, and decreased water consumption over 4 weeks; anorexia had developed in the past week.

Upon presentation the cat had a body condition score of 4/9 and weighed 3.82 kilograms. The cat was euhydrated and, based on records from the referring veterinarian, had lost 1.32 kg during the past 12 months. No signs of excessive grooming were reported by the owner. 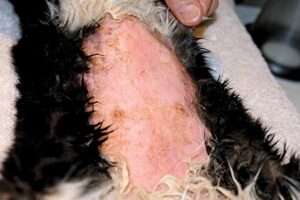 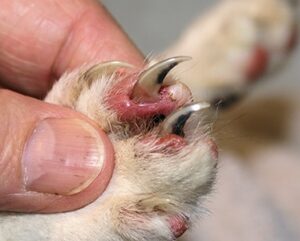 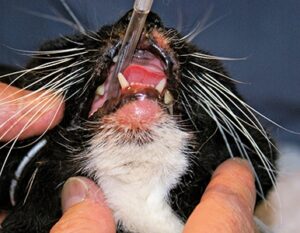 Abdominal ultrasound identified multiple hypoechoic masses in the liver (Figure 4). The pancreas could not be identified due to gas acoustic impedance. The remainder of the ultrasound study was unremarkable. Thoracic radiographs were normal. 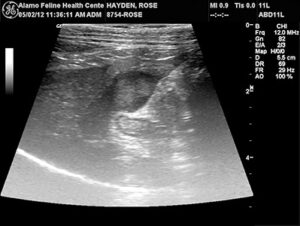 Under sedation, fine-needle aspiration biopsy samples were collected from a hepatic mass using ultrasound guidance. The findings are listed in Table 2. 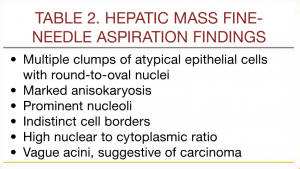 The vague acini led the pathologist to suspect biliary or pancreatic origin, but there were not enoughfeatures for definitive diagnosis. However, this information, in context of the clinical picture, led to a presumptive diagnosis of hepatobiliary adenocarcinoma and feline paraneoplastic alopecia. Based on the presumptive diagnosis and prognosis, the owners elected euthanasia. 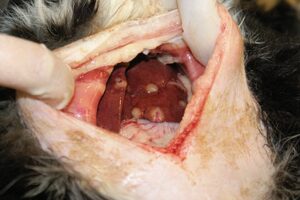 Figure 5. Appearance of liver when opening the abdomen during necropsy. 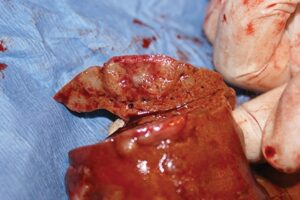 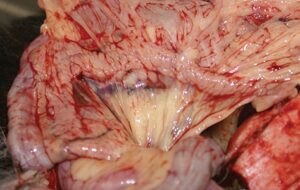 Figure 7. Necropsy image of the pancreas with no gross pathology.

According to the World Health Organization tumor staging for pancreatic tumors in domestic animals,1 this patient was classified as T1 N0 M1 (Table 3). 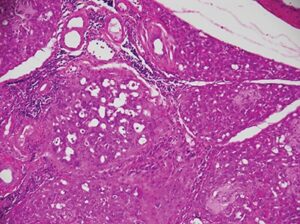 Figure 8. Histopathology of pancreatic adenocarcinoma (40x) with near complete replacement by neoplastic cells. The neoplastic cells have a moderate amount of cytoplasm and formed vague acini. 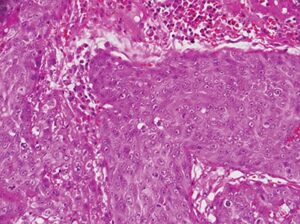 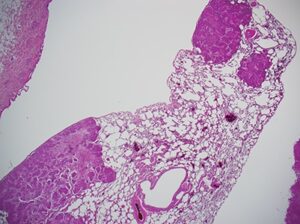 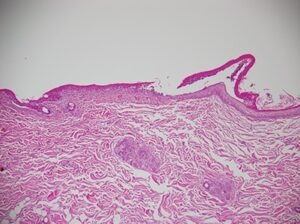 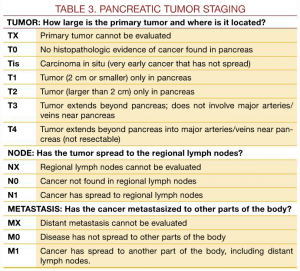 The pathophysiology of feline paraneoplastic alopecia is unknown. It is one of very few cutaneous paraneoplastic syndromes identified in veterinary medicine and is linked to pancreatic and biliary carcinoma.2-5 The first case series of 3 cats with this syndrome was published in 1994.2

A case report demonstrated that excision of the primary tumor was followed by resolution of dermatologic lesions, and subsequent metastatic disease mirrored a recurrence of dermatologic lesions.6 This particular case report demonstrated that, while pancreatic disease may be present and is likely the location of the primary tumor, metastatic hepatic lesions may be the most easily identifiable pathology antemortem. Therefore, it is important to determine if pancreatic pathology is also present.

Relation of Alopecia to Tumor

Feline paraneoplastic alopecia is characterized histopathologically by loss of the stratum corneum and severe follicular atrophy, with miniaturized hair bulbs.6,10,11 The shiny to glistening appearance of the skin is attributed to exfoliation of the stratum corneum,11 which may occur during normal or excessive grooming.

It is theorized that humoral factors are excreted or triggered by the tumor, but specific factors have not been identified. By definition, though, the dermatologic lesions are themselves noncancerous; they are, instead, neoplasm-related lesions that occur at a site distant from the primary tumor or its metastasis.3

The unique dermatologic signs associated with feline paraneoplastic alopecia—shiny, nonpruritic alopecia and easily epilated hair—should be a sentinel for possible intra-abdominal malignancy. Recognition of these signs may facilitate detection of pancreatic adenocarcinoma.

Cats with pancreatic adenocarcinoma have a grave prognosis, and most have metastatic disease at the time of diagnosis.12 To the best of our knowledge, there are currently no effective treatments.

Differential diagnoses for the alopecia are listed in Table 4.7,8 Rule outs were based upon:

Telogen effluvium was possible as a consequence of internal or systemic disease as a synchronous trigger for the onset of telogen phase.8 However, the characteristic clinical appearance, absence of findings consistent with other disorders, and dermatohistopathology findings made paraneoplastic alopecia the most likely diagnosis in this case. 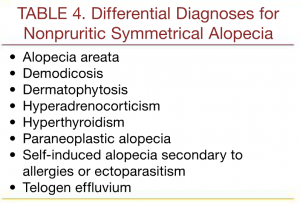 Feline pancreatic adenocarcinoma is a rare condition; however, the uniqueness of dermatologic changes should be a sentinel for possible intra-abdominal neoplasia, typically pancreatic, and a trigger to pursue abdominal ultrasound and biopsy.

Gary D. Norsworthy, DVM, Diplomate ABVP (Feline), is the owner of Alamo Feline Health Center in San Antonio, Texas, one of the largest feline practices in the United States. He is a frequent lecturer and the editor of the textbook, The Feline Patient. He received his DVM from Texas A&M University.

J. Scot Estep, DVM, Diplomate ACVP, is the owner of Texas Veterinary Pathology in San Antonio, Texas. He received his DVM from Oklahoma State University and completed a residency in pathology at the Armed Forces Institute of Pathology.