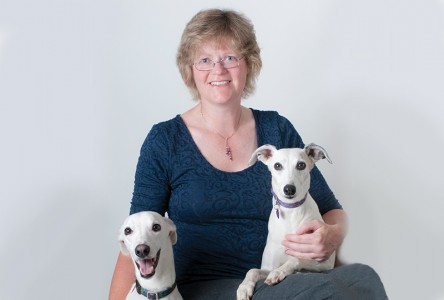 “Whatever you are going through, there is someone out there feeling exactly like you are right now. You are not alone, there is hope.”

—A postcard from postsecret.com, February 2015

An article caught my attention last month. It was printed in the Inside NAVC newspaper at the NAVC Conference, entitled “Share a Secret about your Struggles.” The piece described an effort led by a veterinarian named Hilal Dogan, a 2014 graduate of Massey University in New Zealand. Recognizing that many of her veterinary school classmates needed a healthy way to deal with stress, she and colleague Corey Regnerus invited them to write a brief anonymous postcard sharing a secret about their personal struggles.

They modelled the program on a website in the U.S. started by Frank Warren in 2004. The website, postsecret.com, allows individuals to write a few sentences about any topic. The secret can be anything—a confession, a regret, a fear, or even something funny. Responses posted online allow the individual to express their worries in a “safe” way. And maybe also allow anyone experiencing similar struggles to read the posting and feel less isolated.

Hilal and Corey created an art exhibit and later a website at the veterinary school, in the hope of providing support and an outlet for students with mental health difficulties or even suicidal tendencies. Hilal hopes that this effort will spread to the worldwide veterinary community, for veterinary students as well as graduate veterinarians.

It recently culminated in the “Share a Secret” booth at the NAVC Conference 2015. Reaction to the booth was very positive. Over 150 postcards—containing comments that varied from poignant to amusing—were written and then posted for attendees to read. Traffic through the booth to read the postcards was the highest in that part of the exhibit hall. Here are some examples:

“My dog was diagnosed with pulmonary carcinoma and I don’t know how to tell him. I love you demon dog.”

“I always thought that the hardest thing I would ever face was second-year veterinary school. Before second year started, I was diagnosed with ovarian cancer. Now I’m just hoping I survive the year.”

REACHING OUT TO COLLEAGUES

Clearly Hilal has touched a nerve. We all recognize the frustrations and intensity of veterinary medicine—challenges that are often combined with too little evidence of support and understanding from our peers.

I still remember my shock many years ago when I learned that a close professional colleague had taken his own life. I recall being intimidated by him when we worked side-by-side; he always seemed so smart, so knowledgeable, so…together. I had no idea about the depth of his distress. Looking back, I wish that I had taken a moment to offer a cheerful word or a smile. Maybe if I had listened, he might have felt that someone cared.

We hear of too many tragedies in our profession. If there is something that you can do today to help a colleague, then reach out and just let them tell you his or her story. It may be difficult for people who are hurting to start the conversation on their own. Projects like Hilal’s may help provide an additional way for those who are struggling to articulate their troubles and begin to reach out for help.

“LET THE LIGHT IN”

The lyrics of Sara Bareilles’ song “Brave” capture what I’d like to say: “I wonder what would happen if you say what you wanna say, and let the words fall out, honestly, I wanna see you be brave…Don’t run, just stop holding your tongue. Maybe there’s a way out of the cage where you live, maybe one of these days you can let the light in. Show me how big your brave is.”

Focusing on the 3 Rs: Recruit, Retain, and Return