Within the past 12 months, over 140 journal articles discussing veterinary canine or feline heart disease have been published worldwide. The 4 article abstracts presented provide immediately useful information for practitioners and offer new insights into the future of veterinary cardiology. 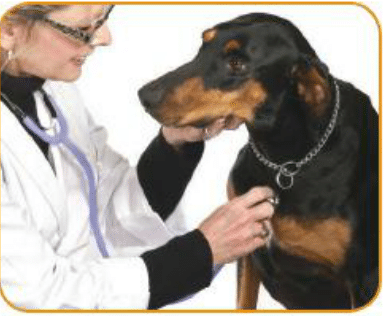 The past year has been productive and exciting for veterinary cardiology; here’s hoping that 2013 will be just as exhilarating. —Mark A. Oyama, DVM, Diplomate ACVIM (Cardiology), University of Pennsylvania

Pimobendan is an inodilator with known survival benefit following onset of congestive heart failure (CHF). Until this study, pimobendan use in Doberman pinschers in the preclinical asymptomatic (occult) phase of dilated cardiomyopathy (DCM) had not been investigated.

The use of pimobendan specifically in Dobermans is now recommended following echocardiographic diagnosis of occult DCM. However, its use has not yet been investigated in other breeds, Dobermans with ventricular arrhythmias but no echocardiographic changes, or animals with other forms of cardiomyopathy.

Degenerative mitral valve disease is very common, representing approximately 75% of clinical cases of acquired heart disease in dogs. This disease typically has a long preclinical phase and in many dogs, is benign and does not progress to CHF. However, these factors make prognosis difficult.

These findings suggest that dogs with no evidence of left atrial enlargement, no history of coughing, and normal estimates of left atrial pressure are unlikely to experience CHF or cardiac-related death in the next 2 to 3 years. However, if dogs exhibiting these characteristics develop clinical signs of CHF, disease progression monitoring and treatment should be initiated.

DIAGNOSIS OF CARDIOVASCULAR DISEASE IN CATS

These successful MVRs were performed by a highly trained surgical team. As more teams become trained in cardiopulmonary bypass and its surgical techniques, MVR could become increasingly available, prolonging survival in dogs with MVD.