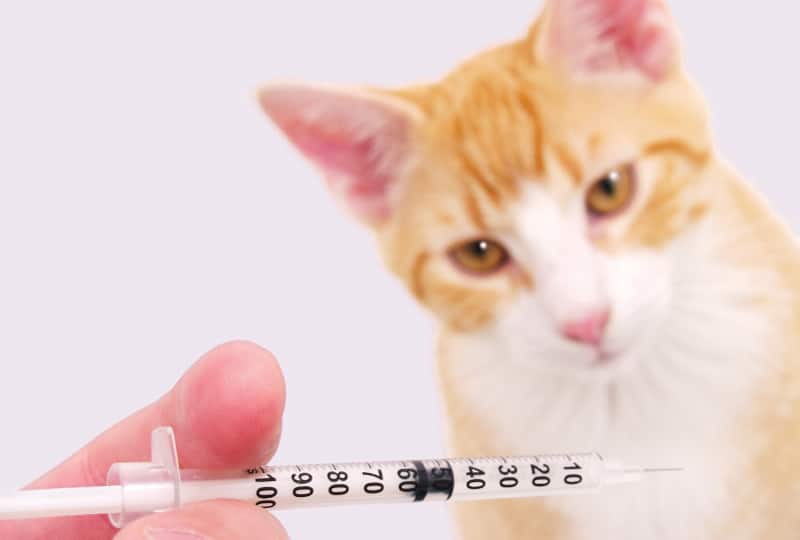 Diabetes mellitus is a common condition in both dogs and cats, and small animal practitioners need to feel comfortable with the long-term management of these patients. The following 4 abstracts highlight articles that provide useful insight into the management of both feline and canine diabetics.

Effective care for diabetic patients requires partnership between the owner and the veterinary team. These recent studies improve our ability to manage these patients and provide optimal service to our clients.

Continuous glucose monitoring systems (CGMS) can be used to measure glucose concentrations in interstitial fluid every 5 minutes for up to 72 hours. In humans, the monitors are often placed in the abdominal para-umbilical region, however, glucose levels from this placement are 20% lower than reference glucose concentrations or readings from sensors placed in the forearm. There are no specific recommendations for sensor placement in cats at this time.

This study evaluated 3 sites for placement of a Guardian Real-Time CGMS (medtronic.com) in 18 client-owned diabetic cats. Monitors were placed in (1) subcutaneous tissue of the lateral chest wall in all cats, (2) subcutaneous tissue of the knee fold in 10 cats, and (3) dorsal neck area in 10 cats. Two cats had all 3 sensors in place at the same time.

The first calibration was evaluated 2 hours after the initialization period per the manufacturer’s instructions. After that, calibrations were conducted after 6 hours; then every 10 hours. The AlphaTrak portable blood glucose meter (abbottanimalhealth.com) was used to evaluate glucose concentrations from the capillary blood of the inner pinna, which were used as reference calibrations.

Successful calibrations were achieved in:

Overall, the results of this study indicated that placement of the CGMS in the dorsal neck region was superior to the other sites tested; however, further investigation is needed.

A study was conducted to investigate the feasibility and validity of using the carpal pad in dogs to collect blood for glucose monitoring. Sixty client-owned dogs were used in the study, including 30 healthy dogs and 30 dogs with diabetes mellitus. The metacarpal pad was cleaned with alcohol and a blood sample was obtained with a 25 × 0.77 mm hypodermic needle; an ear vein nick sample was obtained at the same time. The dogs were minimally restrained during sampling.

Glucose was measured with a glucometer that had previously been validated for use in dogs.

The results of this study indicate that the carpal pad provides a good alternative sampling site for monitoring of blood glucose in diabetic dogs.

Evaluating quality of life (QoL) in companion animals is important, especially when the animal is suffering from a chronic condition, such as diabetes mellitus (DM). There is a perceived lack of attention by veterinary clinicians and researchers regarding the psychological and social impact of DM on both the animal and the owner.

Various methods were used to evaluate the survey, which identified specific areas that most negatively impacted dogs and their owners’ QoL, including worries/concern about:

These issues should be considered for future questionnaires. However, many owners felt they had a special bond with their dogs and that living with a pet with DM was a positive experience.

Dogs are frequently diagnosed with concurrent diabetes mellitus and hypothyroidism. Hypothyroidism has been associated with poor glycemic control in diabetic dogs, but it has been suggested that it is not a common cause of insulin resistance. A study was conducted to:

Sixteen anestrous mixed-breed bitches were used in the study. Hypothyroidism was chemically induced in 8 of the dogs, with the remaining dogs acting as euthyroid controls.

This study suggested that dogs with hypothyroidism had substantial insulin resistance. Hypothyroid dogs were able to maintain glucose tolerance by a compensatory increase in insulin secretion. They also had an increase in abdominal fat and high serum GH and IGF-1 concentrations, which may have affected insulin sensitivity. In dogs with impaired insulin secretion, such as those with diabetes mellitus, concurrent hypothyroidism can have important clinical implications.