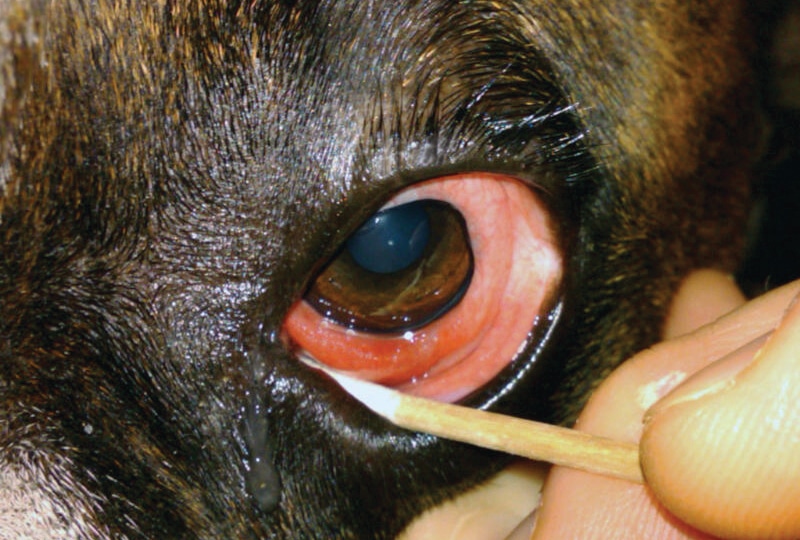 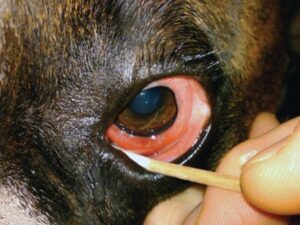 The canine eye seems to be a privileged site for protection from metastasis when it comes to some usually aggressive tumors, such as melanoma, hemangiosarcoma, and conjunctival mast cell tumors (MCTs), which was confirmed in this recent report.

Of the 33 canine conjunctival MCTs, none metastasized, even when surgical margins were incomplete (25/30) and histologic grade was intermediate (18/33) or high (5/33). There were 5 patients with high grade tumors; 1 was lost to follow-up, 1 died of an unrelated tumor type, and 3 were disease free at the end-point of the study (51 months), which exceeded the median survival time of 9.2 months reported for cutaneous MCTs.

The authors concluded that there is low risk of local recurrence and metastasis and overall favorable prognosis, regardless of tumor type, with canine conjunctival MCTs. 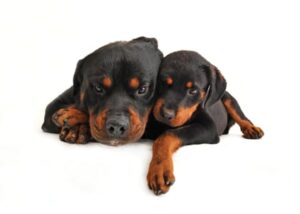 Pyometra is a common disorder of older, intact bitches and is reported to occur in as many as 25% of intact bitches 10 years of age or older. This study compared 87 bitches with verified cases of pyometra to the same number of healthy bitches; the bitches were matched by breed and age to evaluate risk factors for disease.

Having had 1 or more litters was identified as a protective factor in Rottweilers, collies, and Labrador retrievers; was somewhat protective in German shepherd dogs; and did not confer lifelong protection in golden retrievers. No other factor evaluated caused or protected against pyometra; these included pseudopregnancy, urinary tract infections (UTIs), previous hormone therapy for estrus suppression or pregnancy termination, and age at first whelping. 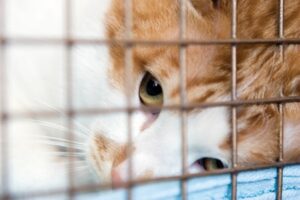 This study reviewed records from 32 male cats admitted to the Colorado State University Veterinary Medical Teaching Hospital for urethral obstruction. An indwelling urethral catheter connected to a closed sterile collection system was maintained in all cats. The volume of urine collected was measured every 6 hours and diuresis was defined as urine production > 2 mL/kg/H.

Postobstructive diuresis developed during the first 6 hours of urine collection in 46% of cats, and continued to increase through the first 30 hours. The likelihood of diuresis was greatest during the 18- to 24-hour time period, with 87% to 95% of cats exhibiting increased urine production. The occurrence of postobstructive diuresis was more likely in cats with venous pH < 7.35 at the time of admission.

This study suggested that urine production should be monitored following resolution of urethral obstruction because many cats will develop postobstructive diuresis. By measuring urine production, replacement fluid requirements can be adjusted to meet the actual needs of the individual patient. 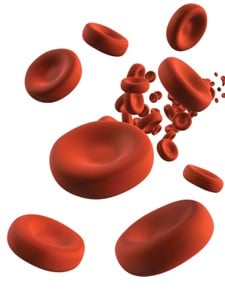 This study evaluated the effects of 3 different transfusion techniques on survival of autologous canine red blood cells (RBCs). The data suggested that RBCs delivered via volumetric peristaltic fluid pumps (through a 170-260 mcm built-in filter) and syringe pumps (through an 18 mcm microaggregate hemonate filter) were less likely to survive and be detected 24 hours following transfusion than those delivered by gravity flow.

That being said, the circulating half-life of cells (assessed to 49 days) surviving 24 hours after delivery by volumetric pump was not significantly different compared to those delivered by gravity flow. The exact reason for these differences is not known since the investigators did not detect an effect of transfusion technique on in vitro RBC integrity or osmotic fragility. It was hypothesized that shearing stresses, which resulted from blood being forced through the microaggregate filter, may have resulted in damaged RBCs that were moved by the reticuloendothelial system after transfusion. Similarly, the pumping mechanism used by the volumetric pump may have caused minor damage to some RBCs, which were then cleared from circulation following transfusion.

It did appear that cells that survived 24 hours had a normal lifespan. The main limitations of this study were (1) the relatively small sample size (9 dogs) and (2) the substantial processing of RBCs prior to transfusion to allow detection (which may have reduced lifespan). The authors concluded that while their findings were compelling, they should be very carefully considered before changes in transfusion practice are made. 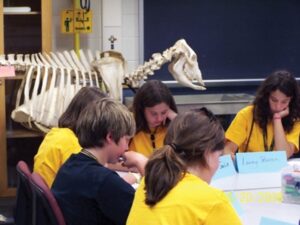 This report described the results of a survey taken using eighth and ninth grade students attending a residential summer camp about careers in veterinary medicine. The participants completed a questionnaire designed to assess knowledge about veterinary careers on the first day and again on the last day.

This study demonstrated that this veterinary camp was beneficial for educating participants about veterinary medicine, but did not appear to result in increased interest in pursuing it as a career. This information may guide academic administrators in setting goals for the outcome of such camps. 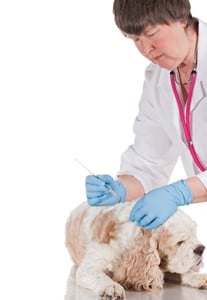 This study evaluated the effectiveness of IM dexmedetomidine and ketamine with various opioids to provide anesthesia for castrations in healthy, client-owned dogs.

The study showed that dexmedetomidine (15 mcg/kg) plus ketamine (3 mg/kg) combined with either butorphanol (0.2 mg/kg), buprenorphine (40 mcg/kg), or hydromorphone (0.05 mg/kg) generally produced anesthesia (sufficient for intubation) in < 6 minutes. Some of the dogs in each group required additional isoflurane anesthesia to accomplish castration; however, dogs that were administered buprenorphine required supplemental isoflurane less frequently.

Many of the dogs became hypoxemic (SpO2 < 90%) within the first 15 minutes following administration, but quickly responded to supplemental oxygen. Dogs that received the antagonist, atipamezole (150 mcg/kg), after surgery demonstrated a smooth reversal without any signs of an agitated recovery, which is sometimes associated with higher doses of ketamine. 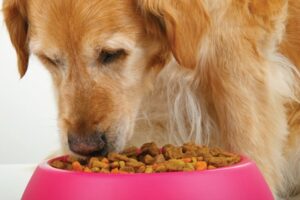 Using an online survey, the investigators in this study examined pet owner opinions about feeding senior dogs, including the age at which a dog should be considered senior, and whether and how diets for senior dogs should differ compared with diets for adult dogs. They also evaluated the formulation and label claims of 37 over-the-counter commercial foods marketed for senior dogs.

The majority (84.5%) of the 1309 survey respondents answered that senior dogs had different nutritional needs when compared with adult dogs. In addition, most thought that senior foods should be reduced in calories, protein, fat, and sodium, and contain increased amounts of fiber. The review of commercially available foods, however, found wide variation in nutrient profiles, which were often in contradiction to the perceived attributes.

In addition to providing insight into opinions held about feeding of senior dogs, this article will alert veterinary health professionals to the fact that the nutritional requirements of senior dogs remain undefined and consequently the products marketed as senior diets are not held to any universal standards and show considerable variation in nutrient profile.

This study looked at dogs with histologically confirmed primary or secondary brain tumors that underwent diagnostic magnetic resonance imaging (MRI). The data suggested that MRI can be used to diagnose the presence of brain masses and, in 89% of cases, can determine whether the mass in benign or malignant.

The authors used several factors to determine malignancy on MRI, such as signal intensity, contrast enhancement, necrosis, mineralization, location, and other previously published characteristics for each tumor type. The tumor type was confirmed via biopsy, resection, or postmortem examination.

Although diagnosis of malignancy was highly accurate, the correct diagnosis of tumor type was only 70%. Overall the authors recommend a tissue biopsy for a definitive diagnosis, but the future implications for ease in diagnosing or predicting prognosis for cancer patients is intriguing. 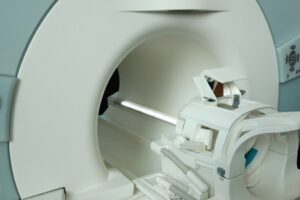 This study revisited the utility of lactate measurements in predicting gastric necrosis. Gastric necrosis that necessitates resection is associated with an increased mortality rate in dogs with gastric dilatation-volvulus (GDV).

One study, by De Papp and colleagues in 1999, established that a lactate value of > 6 mmol/L has an 88% specificity for predicting gastric necrosis and subsequent increased risk of death. However, in the last 10 years, this figure of 6 mmol/L has been mistakenly quoted as a point where death is more likely, and this has lead to euthanizing dogs based upon initial lactate levels, rather than more objective and appropriate criteria.

The results of this study supported that an initially high lactate level was more predictive of gastric necrosis; however, a cut-off of > 2.9 mmol/L predicted necrosis and > 4.1 mmol/L predicted death. Additionally, the study identified a 75% mortality rate in dogs that failed to decrease their initial elevated lactate level by more than 50% within 12 hours of presentation.

This study is helpful for the clinician on 2 fronts:

Most important, the clinician should recall that predictions are valid for a group of patients, and less so the individual dog. Euthanasia should not be automatically recommended at a certain lactate value in dogs with GDV.