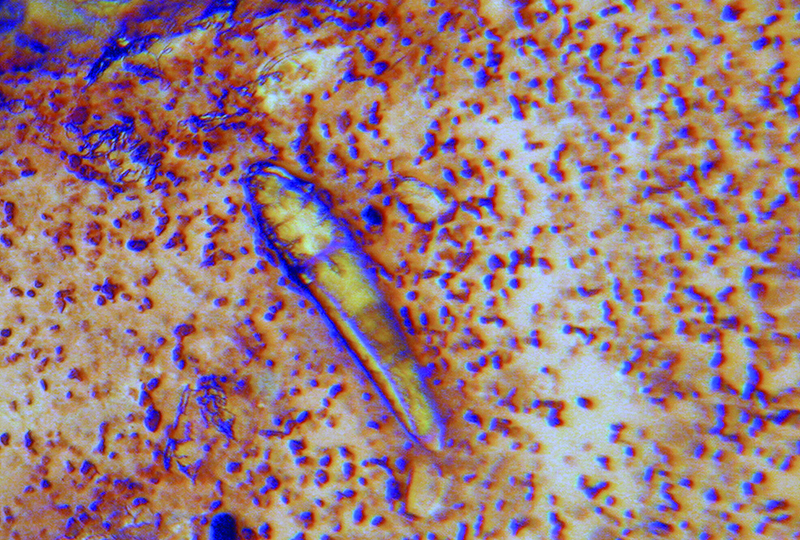 In Part 1 of this series—Diagnosis of Otitis Externa—the factors and causes of this disease, diagnostic testing and imaging, and ear cleaning and flushing were discussed. Visit tvpjournal.com to read this article, which was published in the September/October 2014 issue of Today’s Veterinary Practice.

Ear disease accounts for up to 15% of all canine veterinary case presentations.1,2Regardless of the primary cause of otitis externa, secondary infection treatment is usually the focus of therapy.

Otic preparations that address bacterial and/or yeast infections are usually combinations of antimicrobials and corticosteroids. The large number of commercial topical otic preparations reflects the demand for these products.

It is important to understand the underlying causes of otitis, as well as factors that contribute to the condition, in order to provide targeted therapy and effective treatment (Table 1).

Otic cytology is an integral part of:

Otic cytology is inexpensive, highly informative, and easily self-taught. With practice, the practitioner can quickly become familiar with samples from inflammatory lesions, including recognition of:

Cytology is an integral part of therapy and needs to be performed throughout the treatment process to monitor and adjust your treatment. Part 1 of this article series provides more in-depth discussion of otic cytology. 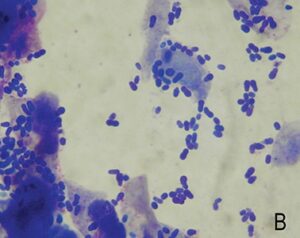 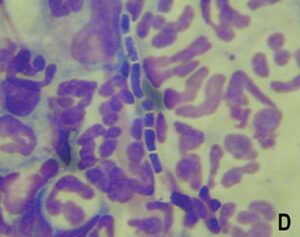 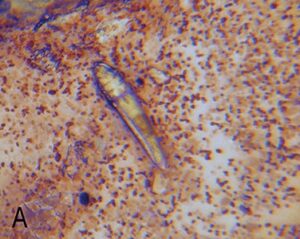 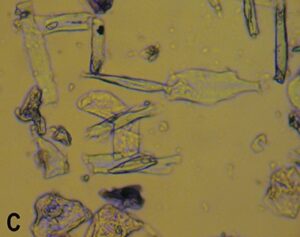 Otic product vehicles have different properties that determine their efficacy in practice, and their functions include (Table 2):

However, product vehicles can have irritant properties, which must be taken into consideration.

When a practitioner chooses a topical otic product, appropriate treatment for the patient’s specific condition, as well as the practitioner’s familiarity with the product, must be taken into consideration. Active ingredients of topical otic preparations are often combined to reach a desired effect (Table 3).

As described in Part 1 of this article series, ear cleaning is imperative for successful otitis therapy. In many cases, the ears should be thoroughly cleaned by the veterinarian, followed by owner administration of medications at home.

Excessive cleaning by clients can be a perpetuating factor in chronic recurrent otitis. Most cleansers should be used no more than 2 to 3 times weekly, and sometimes not at all. Frequency of cleaning is based on the amount of inflammation and degree of exudate, wax, or debris that is being produced, which depends on the primary condition and perpetuating factors.

When regular cleaning is imperative, consider the patient and type and amount of exudate. For example:

Topical antimicrobial therapy for active infections is imperative to success. The antimicrobial agent best utilized is initially often chosen empirically based on:

The use of bacterial culture and sensitivity (C/S) of otic exudate to determine antibiotic selection is controversial.

The concentration of antibiotics in topical otic preparations is much higher than those tested at the laboratory to determine the minimum inhibitory concentration (MIC) of any bacteria. Thus, some bacteria with a low MIC (that would usually be considered resistant) may actually prove to be sensitive to topical otic preparations. However, when the MIC is 0, complete bacterial resistance is likely, and use of an antimicrobial at any concentration against the resistant organism will not be helpful.

In general, C/S tends to be more useful when there is:

When treating with antimicrobials:

Silver sulfadiazine may be used instead of other antibiotics for treatment of some bacterial infections, although accumulation of medication debris in the ear canal may limit its long-term use. Newer generation colloidal silver-based products are now becoming available.

Malassezia pachydermatis is the most common isolate from diseased ears.2,4 Numerous products are available to address yeast otitis (Table 4). In many cases of mild allergic yeast otitis, decreasing otic inflammation with a topical glucocorticoid alone can resolve the infection.

In chronic recurrent yeast otitis, the use of products that contain boric or acetic acid can be effective in preventing recurrence of infection.9

The majority of antimicrobial topical formulations contain anti-inflammatory agents (Table 4), which aid in decreasing inflammation of the ear canal associated with:

Topical use of corticosteroids as anti-inflammatory agents is necessary to decrease inflammation and pain in the ear canal when treating otitis. Topical use is less likely to result in adverse clinical signs compared with systemic use; however, many commonly used corticosteroids, such as betamethasone and dexamethasone, have shown systemic absorption to some extent.10

Mometasone is a potent glucocorticoid that has minimal systemic absorption, making it potentially less of a concern for adrenal axis suppression; it also has longer residual effects, allowing for once daily therapy.

Hydrocortisone aceponate is converted to HC17 propionate, a highly active anti-inflammatory with potency equivalent to that of dexamethasone. Further, absorption through the skin and ear causes the drug to become deactivated, allowing it to be excreted without causing systemic effects.1

Hydrocortisone can potentially be used for chronic recurrent allergic otitis, but is not usually beneficial in acute, exudative, or proliferative otitis.2,3 Maintenance products containing hydrocortisone need to be selected on a case-by-case basis, depending on their efficacy in controlling inflammation.

Cases of chronic recurrent otitis are usually secondary to an inadequately controlled primary condition, which can result in damage to the ear canal lining and the normal physiologic mechanism for ear cleaning, further complicating the chronicity. Also, undiagnosed and/or uncontrolled otitis media can cause chronic otitis externa.

Preparations designed for long-term control are combinations of:

Colleen Mendelsohn, DVM, Diplomate ACVD, is a veterinarian at the Animal Dermatology Clinic in Tustin, California, where she completed her residency. She received her DVM from University of California—Davis, completed an internship at the Animal Emergency Clinic and Animal Specialty Group in San Diego, and practiced general medicine prior to joining ADC.

Wayne Rosenkrantz, DVM, Diplomate ACVD, is cofounder of Animal Dermatology Clinics, with locations in California, Indiana, Kentucky, Georgia, and Perth, Australia. He is a clinical instructor for Western University College of Veterinary Medicine and serves as an instructor for the European School of Advanced Veterinary Studies. He is a past president of the ACVD executive board and currently a board member of the World Association for Veterinary Dermatology.