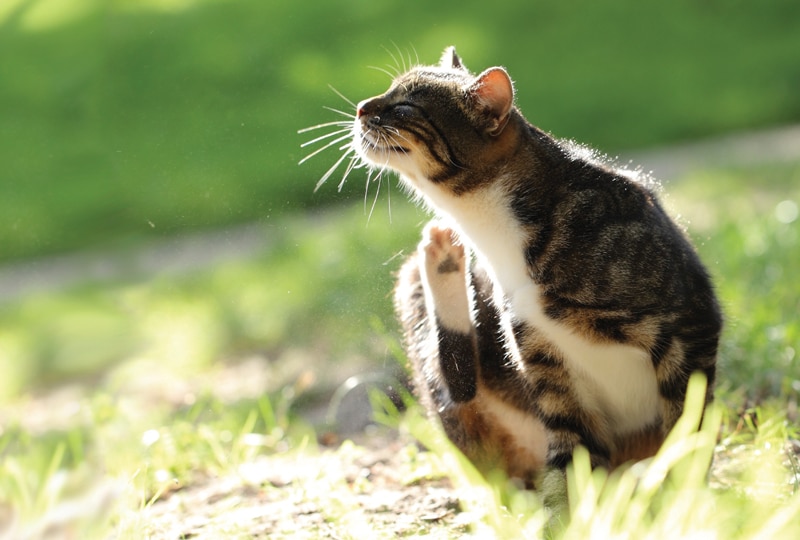 Fleas are particularly troublesome because populations are quickly established in homes and kennels where constant sources of nutrition—pets—are readily available.

Eggs, larvae, or pupae comprise the majority of fleas in an infestation (Figure).2 Once immature stages are present, they may continue to emerge for weeks to months, despite control of adult fleas.2 Flea populations can persist indefinitely when untreated pets or other animals are present, creating a constant source of infestation to pets and humans.

Figure. Immature stages of fleas, including eggs (A), larvae (B), and pupae (C), can provide a continuous, long-term source of reinfestation for pets in the home. 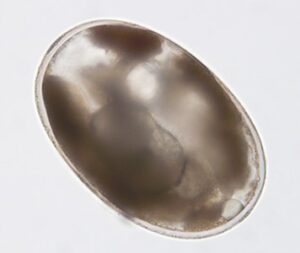 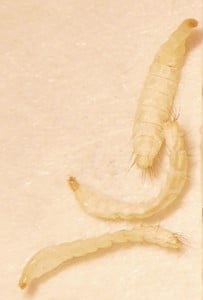 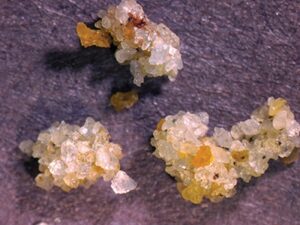 Fleas are also a major source of disease. Pets infested with cat fleas have been associated with transmission of an increasing number of infections, including those that cause zoonotic disease.3 Infections may be transmitted by:

The most well-known form of bartonellosis in humans is Bartonella henselae infection (cat scratch disease). Infected individuals, usually children, develop fever and regional lymphadenopathy after a cat scratch or bite.

While rickettsial infections are commonly considered tick borne, some pathogens are transmitted by fleas.

Infection with feline hemoplasmas is more common in male cats and cats with concurrent feline immunodeficiency virus (FIV) or FeLV.20 Fleas collected from infected cats harbor the bacterium, but experimental transmission studies have not yet been successful, leading some to suspect that transmission may occur through another route, such as bite wounds from fighting.18,21,22

Dipylidium caninum (tapeworm) is another common infection vectored by fleas. Dogs and cats are readily infected upon ingestion of fleas containing cysticercoids while grooming, with prevalence rates as high as 62% of dogs and 22% of cats.23

One reason flea infestations continue despite attempted control efforts is the presence of untreated pets in the home environment.

Untreated pets seed the environment with eggs, creating a constant source of newly-emerged fleas that leads to failure of flea control.27

Although many home owners are unaware of their presence, flea-infested wildlife, strays, and roaming pets contribute to flea burdens around homes.27,28 These flea-bearers include:

Areas where many animal populations mingle—neighbors’ homes, dog parks, boarding kennels, and camp sites—provide an excellent opportunity for newly-emerged adult fleas to find food sources, such as pet dogs, and ultimately create an infestation in the home.

Simply put: fleas are ubiquitous. However, measures can be taken to protect pets from these voracious insects.

The vast majority of a home’s fleas—eggs, larvae, and pupae—resides in carpets, pet beds, and furniture.2 Adult fleas on the pet account only for about 5% of the overall flea population.

A number of highly effective flea control products are available in the U.S.

However, the most important component of any flea control strategy is consistent use of control products.

Many clients believe that flea control is not necessary during winter. It is true that all life stages of fleas are killed when temperatures fall below freezing (30.2°F or -1°C) for > 5 days.32

However, adult fleas within the hair coat or immature stages inside climate controlled homes or kennels may survive even when outdoor temperatures plummet. Newly developed adult C felis can survive indoors within the pupal case for 4 to 5 months, and delayed emergence of adult C felis has been suggested as an overwintering strategy.31,33

Mild winters often result in unexpected early flea infestations in pets that haven’t been consistently treated during what has been historically considered the “off-season.” Pets must be treated every month, all year long to keep flea populations in check.

Once a flea infestation has developed in a home, it often takes several weeks to months to eliminate. Owners should be aware that:

HOW TO PREVENT FLEA INFESTATIONS

Dogs and cats have ample opportunities to become infested with limitless supplies of fleas.

Susan Little, DVM, PhD, Diplomate ACVM (Parasitology), is the Director of the National Center for Veterinary Parasitology at Oklahoma State University’s Center for Veterinary Health Sciences, where she serves as Regents Professor and the Krull-Ewing Chair in Veterinary Parasitology. Her research focuses on zoonotic parasites and tick-borne diseases. She has been recognized for teaching excellence through the Pfizer (Norden) Distinguished Teaching Award (1999 and 2010) and the national Student AVMA Excellence in Teaching Award (1998 and 2005), and for her outstanding research through the Pfizer Award for Research Excellence (2012). Dr. Little received her DVM from Virginia Tech.