NSAIDS & Anticoagulants: Use in Management of Heartworm Infection 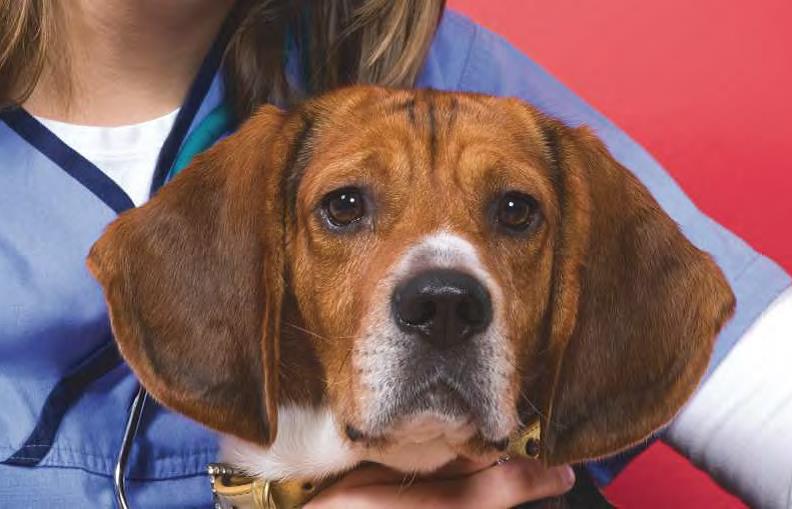 Dr. Atkin’s discusses the role of aspirin and other anticoagulants in the treatment of heartworm disease, focusing on studies evaluating their therapeutic effects.

The Heartworm Hotline column is cosponsored by Today’s Veterinary Practice and The American Heartworm Society (heartwormsociety.org). This series presents questions and answers on topics related to heartworm infection, prevention, diagnostics, and/or treatment.

This article is the last in a series of Heartworm Hotline articles that have addressed the use of ancillary therapeutic drugs in heartworm infection/disease.

This article will focus on the NSAID, aspirin, because of its role as an:

In addition, primary anticoagulants will be briefly discussed, to the degree that published data allows. 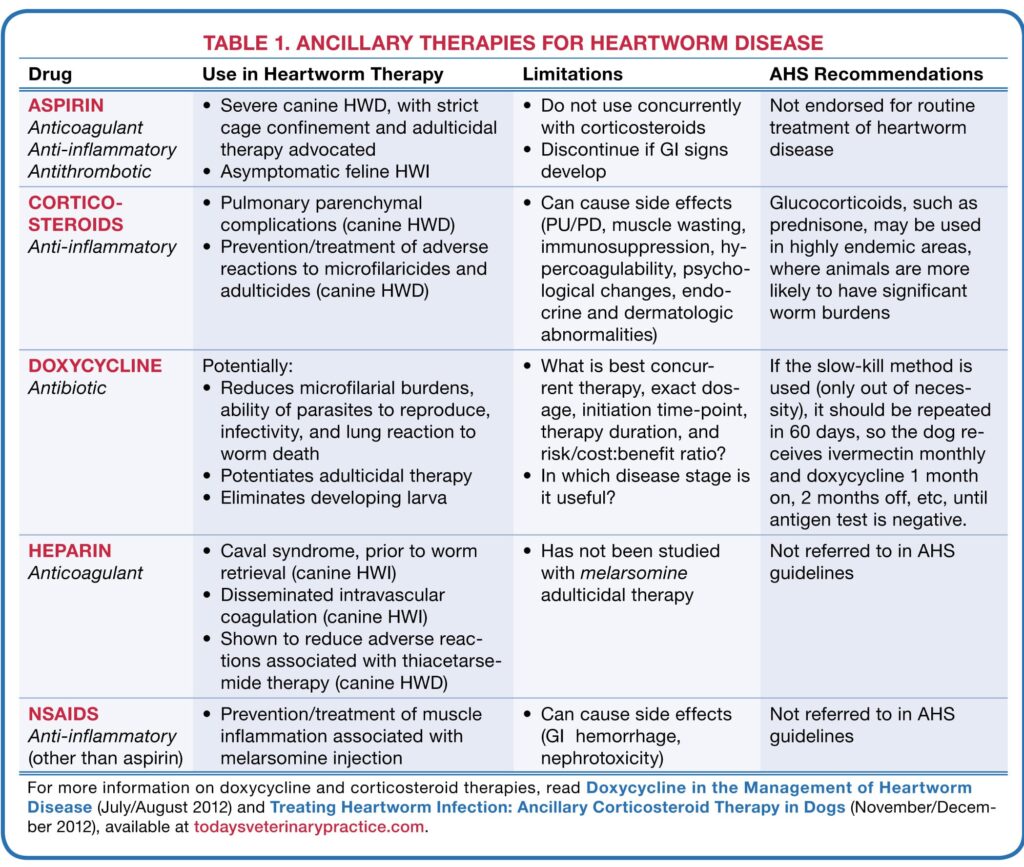 Antithrombotic agents, such as aspirin, have received a good deal of attention in the management of heartworm disease (HWD).1-5 Potential benefits include:

Aspirin has shown success in:

Intimal: Innermost membrane of an organ or part, especially the inner lining of a lymphatic vessel, an artery, or a vein

Myointimal: Relating to, or being the smooth muscle cells of, the intima of a blood vessel

The studies mentioned in the previous paragraph, carried out in multiple laboratories, strongly support the use of aspirin in experimental canine HWD; however, none examined its utility in natural or clinical infections.

Boudreaux & Colleagues. In 1991, the aspirin dosage required to decrease canine platelet reactivity by at least 50% was evaluated.5

Despite the limitations of these studies, the American Heartworm Society does not endorse antithrombotic therapy for routine treatment of heartworm disease.

Low-dose calcium heparin has been studied in canine HWD and was shown to reduce adverse reactions associated with thiacetarsemide administration in dogs with severe clinical signs, including heart failure.8

I do not routinely embrace heparin therapy for dogs with HWI except in cases of:

Nevertheless, based on the above-mentioned study by Vezzoni, et al, this drug class may also have benefits when used with adulticidal therapy in high-risk patients.8 Note: This therapy has not been studied with melarsomine adulticidal therapy.

The empirical use of aspirin for its antithrombotic effect or to reduce pulmonary arteritis is not recommended for dogs with HWI. Convincing evidence of clinical benefit is lacking and there is some research suggesting that aspirin may be contraindicated.

Despite conflicting studies in the literature, Calvert and associates have successfully used a combination of aspirin and strict cage confinement with adulticidal therapy for severe HWD.9

While I do not employ aspirin in the management of canine HWI, an argument can certainly be made for its use, or at least justification for further, more definitive research in naturally occurring cases.

Although not a well-accepted practice, this author does use aspirin in asymptomatic feline HWI.

The use of aspirin in cats has been questioned as the associated vascular changes consume platelets, increasing their turnover rate and effectively diminishing the antithrombotic effects of the drug.10 In addition:

However, I continue to advocate aspirin administration in cats with asymptomatic HWI because: 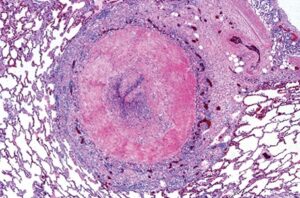 Figure. This photo-micrograph of a large feline pulmonary artery demonstrates perivascular inflammation, severe myointimal proliferation, and thrombosis, resulting in vascular occlusion. This emphasizes the impact heartworms have on pulmonary vasculature in cats and suggests the possible beneficial effect of antithrombotics, such as aspirin, in slowing progression of such lesions.

NSAIDS OTHER THAN ASPIRIN

The advent of an effective group of NSAIDS (ie, carprofen, deracoxib, firocoxib, meloxicam, tepoxalin) has opened the door for chronic management of pain and inflammation in veterinary patients.

Although this development represented a major breakthrough, these agents can cause adverse side effects, most prominently in the form of gastrointestinal (GI) upset or hemorrhage and/or nephrotoxicity. Although uncommon, nephrotoxicity due to NSAID use is precipitated by multiple factors, some of which are present in patients with HWD (Table 2).

Due to these concerns, I see little utility for NSAID use in management of HWI, except to treat or prevent muscle inflammation associated with melarsomine injection. For this purpose, I advocate administration of a veterinary-approved NSAID at approved dosages for 2 to 3 days before and 3 to 4 days after melarsomine injections.