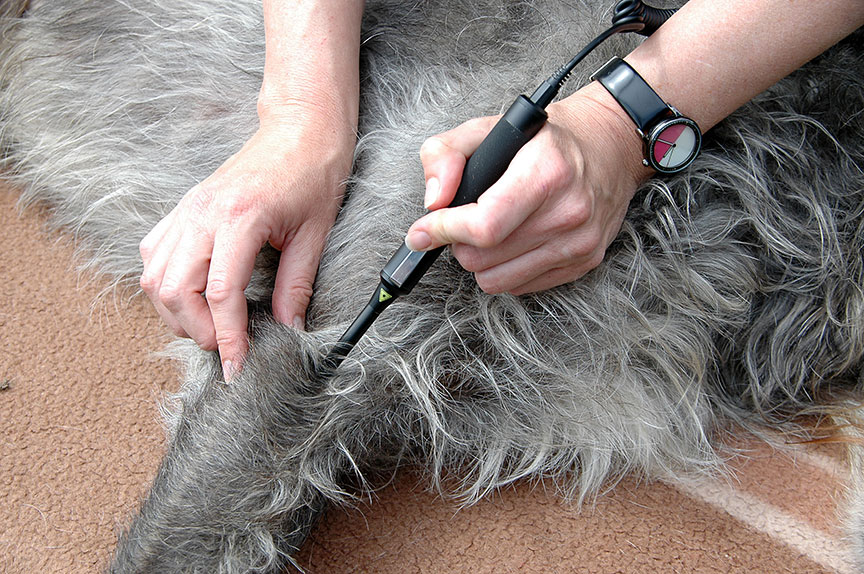 Laser therapy has been used in veterinary medicine for a variety of conditions and injuries, including wound healing, tendon and ligament injuries, and osteoarthritis discomfort. Photo: Kim Christensen/Shutterstock.com

We are exposed to lasers in everyday life — for example, lasers are what make barcode scanning possible at supermarket cash registers.

Laser classification is based on the device’s wavelength and maximum output in power (currently, lasers are labeled Class I, II, III or IV).

For decades, therapeutic lasers — Class III or IV — have been used on people suffering from a variety of ailments and conditions. But despite their use in human medicine, this treatment modality is only beginning to gain a foothold in mainstream veterinary medicine, as evidenced by our recent Facebook poll:

Do you use laser therapy in your practice?

Like the term SCUBA, the term “laser” is actually an acronym. It stands for “light amplification by stimulated emission of radiation.” In basic terms, these devices emit light energy that is absorbed by tissues, creating both photothermal and photochemical reactions that create a therapeutic benefit.

Janice L. Huntingford, DVM, MS, DACVSMR, owner and medical director of Essex Animal Hospital, in Ontario, Canada, recently wrote in Today’s Veterinary Practice that laser therapy “is a rapidly growing treatment modality used for a variety of medical conditions in companion animals. PBMT is painless, noninvasive, and easily administered in a primary care setting.” But Huntingford acknowledges that it’s estimated that therapeutic laser devices are used by only 20% of all companion animal practices in North America.

For a more detailed description of how laser therapy works, read Laser Therapy in Companion Animals.

The Current State of Cannabis Research in Veterinary Medicine