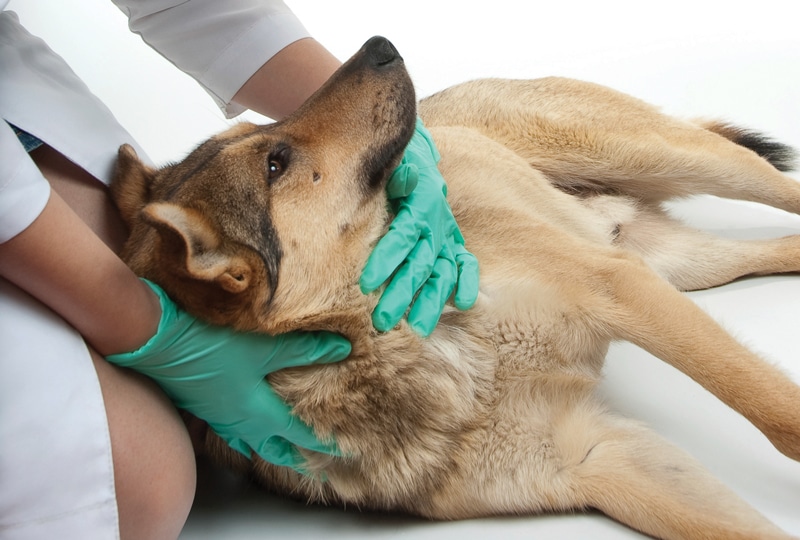 Shock is best defined as inadequate cellular energy production.3 When oxygen delivery (DO2) to the tissues is insufficient relative to tissue oxygen consumption (VO2), an energy deficit occurs. The Figure illustrates contributors to DO2 and portrays how inadequacy of any of these factors can lead to shock. 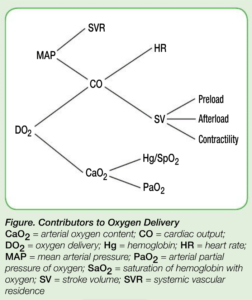 In 1972, Hinshaw and Cox proposed a classification scheme for shock.4 The main categories were:

Newer shock classifications have been proposed but all of these can be included in 1 or more of the previous 4 categories and have yet to be universally accepted:

Rapid progression of shock can be lethal due to major organ failure (eg, heart, brain). A more insidious progression causes cellular membrane dysregulation, which leads to:

Subsequently, systemic inflammatory response, sepsis, and multiple organ dysfunctions often result. Despite adequate shock reversal, they may persist and can result in death.

To optimize the chance of a successful outcome, rapid, aggressive therapy and appropriate monitoring is warranted as soon as a state of shock is identified. While contraindicated for treatment of cardiogenic shock, intravenous fluid therapy is the cornerstone of treatment for hypovolemic and distributive shock.

Depending on the location of the obstruction, responsiveness to fluid therapy varies with obstructive forms of shock. Resuscitative fluid therapy can be attempted, but treatment of the underlying disorder is ultimately essential (ie, pericardiocentesis for pericardial effusion causing tamponade).

The arsenal of fluid types available for the treatment of shock comprises:

The patient’s clinical condition and type of shock dictates which fluid type to employ and is further discussed in the following sections.

Crystalloid fluids primarily consist of water combined with sodium, chloride, and/or glucose. Depending on the type of fluid, it may also contain other electrolytes, such as potassium and calcium, and buffers, such as lactate, acetate, and gluconate.

Based on the tonicity (effective osmolality) when compared to the extracellular fluid compartment, crystalloids are further subdivided into:

Isotonic crystalloids contain simple electrolytes (sodium and chloride) in proportions similar to that of plasma. Hence, they are also called replacement fluids. Examples include:

Dosing
The empirical shock dosage is the equivalent of the patient’s blood volume: 90 mL/kg in the dog and 50 mL/kg in the cat.5 A common dosing approach consists of administering -+ to 1/3 of the shock dose; then reassessing the patient’s cardiovascular parameters prior to further administration.

Considerations & Precautions
These fluids rapidly redistribute into the extracellular compartment following administration and approximately 25% of the delivered volume remains in the vascular space 30 minutes postinfusion.6 While this is beneficial in dehydrated patients, overzealous use should be avoided to prevent volume overload and interstitial, pulmonary, or cerebral edema.

Furthermore, large volumes of isotonic crystalloids cause hemodilution of blood constituents and may lead to cardiac and pulmonary complications, gastrointestinal dysmotility, coagulation disturbances, and immunological and inflammatory mediator dysfunction.7

Because rapid intravasacular infusion of hypotonic fluids does not lead to a sustained intravascular volume increase but does lead to potentially dangerous changes in cellular osmolality, they are contraindicated as resuscitative fluids.

Hypertonic saline is a sodium chloride solution with an osmolality greater than the patient’s plasma osmolality. The usual concentration used for fluid resuscitation is approximately 7.5%, which has an osmolality of 2400 mOsm/L.
After rapid infusion, an osmotic gradient is created that draws water from the intracellular and interstitial space into the intravascular space. Therefore, the vascular volume expansion is greater than the infused volume (approximately 3 times greater).8,9

Its use, however, is contraindicated in patients that are dehydrated, hyperosmolar, or hypokalemic and it is controversial in patients that have uncontrolled hemorrhage (eg, intracranial or intra-abdominal).10

Dosing
The usual shock dosage of hypertonic saline is 4 to 7 mL/kg in dogs and 3 to 4 mL/kg in cats, administered over approximately 10 minutes. Infusion rates greater than 1 mL/kg/min may cause a vagally mediated bradycardia, vasodilation, and bronchoconstriction.

To prolong the intravascular volume expansion effect, a hypertonic saline/synthetic colloid mixture can be administered:

Considerations & Precautions
As with isotonic crystalloid solutions, the infused sodium chloride solution will ultimately equilibrate between the intravascular and interstitial space. In addition, the transient hyperosmolality will cause an osmotic diuresis.

The volume expanding effect lasts approximately 30 minutes8 and subsequent isotonic crystalloid infusion is required (see Dosing). As discussed above, concurrent colloid administration prolongs the volume effect and may be beneficial.

Shock dosage refers to the amount of fluid type required to reverse clinical manifestations of shock. The Table below offers a quick reference of total shock dosages for each of the commonly used fluid types. However, the dosage of fluid required to improve the cardiovascular status of each patient is variable and depends on the nature and severity of shock. 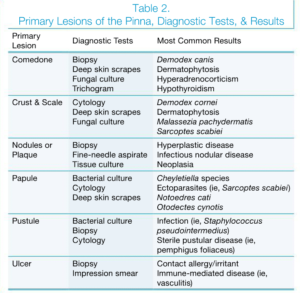 *It is recommended that fluids are titrated to effect, often requiring less than the maximum doses listed.

Synthetic colloids are large molecules (molecular weight > 20 kilodaltons [kDa]) that do not readily escape across the capillary membrane if normal permeability is present. Synthetic colloids are suspended in isotonic crystalloid-base solutions. When infused IV, the macromolecules increase the oncotic pressure, resulting in fluid movement from the extravascular into the intravascular space.

Historically, the most commonly used and studied glucose polymer was Dextran 70; however, it is no longer commercially available. Gelatin solutions, a chemical modification of bovine collagen, have limited use due to their short duration of action and numerous side effects.

Indications
HBOC solutions may be beneficial in animals with severe anemia because they increase oxygen delivery to the tissues. HBOC may also increase perfusion of capillary beds with microvascular thrombosis due to the small size of free hemoglobin.

Considerations & Precautions
Despite the aforementioned potential benefits of HBOC and its long shelf life, it is not widely used due to inconsistent supply, undesirable side effects, and lack of clear benefit over natural blood products.

Hydroxyethyl starches are composed of amylopectin polymers with specific chemical modifications that dictate their pharmacokinetics and elimination.

Commercially available hydroxyethyl starch products differ by their concentration, average molecular weight, and degree of substitution (see The Finer Features of Hydroxyethyl Starches) and include:

Indications
Although the use of hydroxyethyl starches alone have no proven benefit over the use of crystalloid solutions alone for the treatment of fluid responsive shock, they remain a good adjunct treatment, especially in patients with low colloid osmotic pressure or increased vascular permeability.

Dosing
The recommended shock dose of hetastarch is up to 20 mL/kg in dogs and up to 10 mL/kg in cats. A common practice consists of administering increments of -+ to -+ of the total shock dose, followed by reassessment of cardiovascular parameters.

Use of hydroxyethyl starches may lead to:

Although not contraindicated in patients with coagulopathies, caution should be exercised. Renal impairment and allergic reactions have been reported in people, but not small animals.13,14,15

Fresh whole blood contains all the elements of blood:

The separation of red blood cells and plasma provides various blood component products that allows for longer preservation of the units and more specific therapy. The product type should be tailored to the patient’s needs.

Dosing
Packed red blood cells can be administered at a dose of 10 to 15 mL/kg to raise the hematocrit by 10%.

Indications
Fresh frozen plasma is indicated to replenish coagulation factors in patients with prolonged coagulation times. However, despite being a source of albumin, its colloidal effect is limited due to its relatively low concentration compared to synthetic colloids.

Dosing
Fresh frozen plasma can be administered at a dose of 10 to 15 mL/kg.

Indications
Fresh whole blood provides the benefits of both previously mentioned products (packed red blood cells and fresh frozen plasma) but is also a source of platelets, which is beneficial in patients with:

Dosing
Fresh whole blood is administered at a dose of 20 to 25 mL/kg. Ideally, blood-typing and cross-matching are performed before any blood product transfusion.
In addition, when time allows, any blood product should be infused over 1 to 4 hours to allow for adverse reaction monitoring. However, faster administration may be warranted in patients with severe ongoing hemorrhage until hemostasis can be achieved.

Another major disadvantage of blood products is their associated cost and limited availability as compared to other types of resuscitative fluids.

The Finer Features of Hydroxyethyl Starches

Concentration: Most hydroxyethyl starch solutions have a concentration of 6%.

Molecular Weight: The weight average molecular weight is categorized into:

An Overview of Resuscitative Fluid Therapy table is available below.

eborah Silverstein, DVM, Diplomate ACVECC, is an assistant professor of critical care in the Department of Clinical Studies at the University of Pennsylvania School of Veterinary Medicine. Her primary areas of interest include shock fluid therapy, pathogenesis of sepsis and septic shock, and microcirculatory alterations in critically ill animals. Dr. Silverstein received her DVM from University of Georgia and completed a residency in small animal emergency and critical care at University of California-Davis and an internship in small animal medicine and surgery at University of Georgia.