Ginger Watts Brown completed a Bachelor of Science in Animal Science and a Doctor of Veterinary Medicine at the University of Illinois in Urbana. After graduating in 2004, she practiced small animal general medicine in New Jersey for 11 years. She began her career with the ASPCA Animal Poison Control in 2015 to pursue her interest in toxicology. In addition to providing phone consultations to veterinary professionals, Dr. Watts Brown is part of the management team at the APCC. She also enjoys writing podcasts and contributing to educational materials for staff and pet owner education. 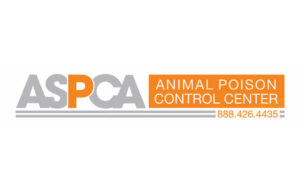 The list of substances that can cause hypoglycemia in dogs varies widely, including the sago palm tree.

Five minutes before your clinic closes, a dog arrives laterally recumbent, unresponsive, and profoundly hypoglycemic. The differential diagnoses that run through your mind include insulinoma, hypoadrenocorticism, liver disease, and sepsis, among many others. When reviewing the DAMNITV differential diagnosis scheme (Degenerative, Anomalous, Metabolic, Neoplastic or Nutritional, Inflammatory, Traumatic or Toxic, Vascular), you focus on the “T” (for toxic) and think of numerous substances that can cause hypoglycemia. However, most of them may be encountered only rarely or occur only theoretically. This article is intended to help you rule out the rare causes and focus on those that should be on your short list: the top 10. After you have stabilized the patient, discussing these substances with the client may help pinpoint the cause of hypoglycemia.

We start with the least likely and work our way to the most likely.

Mechanism for hypoglycemia: Direct and indirect. The exact mechanism is unknown, but hypoglycemia may result from suppression of glucagon release.3 In dogs with severe tremor or seizure activity, increased use of glucose could lead to hypoglycemia.

Treatment Tip Be ready to intubate. Dogs often lose their gag reflex early in the course of intoxication and need respiratory support. Baclofen can cause flaccid paralysis of the diaphragm.4

Description: Metaldehyde is a common active ingredient in molluscicides.

Margin of safety: Narrow. Any exposure is cause for concern.

Mechanism for hypoglycemia: Direct and indirect. Severe muscle activity can lead to hypoglycemia from increased metabolic use of glucose. Liver failure can also cause hypoglycemia. 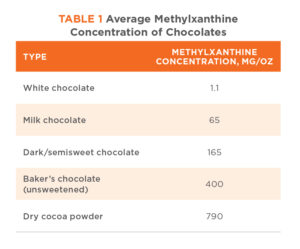 Mechanism for hypoglycemia: Direct and indirect. Methylxanthines may cause increased insulin release and insulin sensitivity.6 In severely affected dogs, hypoglycemia may result from increased metabolic use of glucose.

Treatment Tip Dogs that have ingested large amounts of chocolate are often hemoconcentrated. The osmotically active environment puts them at high risk for hypernatremia or other electrolyte imbalances. For this reason, activated charcoal should be used with caution. It is not needed in all dogs that have ingested chocolate.

Description: Sago palms are decorative plants commonly found outdoors in warm climates, but they can be kept indoors in any region. They are also known as cycads. The genera of concern are Microzamia, Zamia, and Cycas.

Clinical signs: Sago palm toxicosis can cause vomiting and diarrhea (with or without blood), lethargy, depression, dehydration, anorexia, ascites, abdominal pain, icterus, tremors, ataxia, seizures, coma, and death.7 Liver failure, coagulopathies, and thrombocytopenia may also be seen, but their onset may be delayed by 2 to 3 days.7

Margin of safety: Narrow. All parts of the plant are toxic, but the most toxic parts are the seeds. Any exposure is a concern.

Mechanism for hypoglycemia: Direct and indirect. The toxins decrease the activity of mitochondria, adenosine triphosphate, and glucose-6-phosphatase, thereby decreasing gluconeogenesis and glycogenolysis.8 Hypoglycemia may also be associated with liver failure and/or sepsis.9

Treatment Tip The key action to take is aggressive decontamination. For dogs brought to you early, while still asymptomatic, the best course of action is inducing emesis, followed by giving multiple doses of activated charcoal. Cholestyramine may also be used in some cases to decrease enterohepatic recirculation. Cholestyramine is a powdered bile acid sequestrant that is widely available at human pharmacies. It binds bile and, by default, the toxins already bound to the bile. Cholestyramine should be given with food and also aids in elimination of cholecalciferol, amatoxin, and some nonsteroidal anti-inflammatory drugs (NSAIDs) (see numbers 3 and 4 below).

Description: Zinc phosphide is an agent commonly used for mole and gopher control; aluminum phosphide is used to fumigate grain stores for insect and rodent control. Clinical signs can develop from inhalation of aluminum phosphide. After ingestion of zinc phosphide bait, phosphine gas is released when the product is exposed to the acidic environment of the stomach. The phosphine gas is rapidly absorbed via inhalation during eructation or across the gastric mucosa. The hydrolyzed phosphine causes significant oxidative damage throughout the body. Zinc toxicosis is not expected.10

Clinical signs: Zinc or aluminum phosphide exposures cause vomiting, hypersalivation, tremors, respiratory distress, ataxia, weakness, hyperesthesia, and seizures and, in some cases, may progress quickly to death. It is common for patients to have a strong odor to their breath, often described as a pungent garlic smell. Neurologic signs can develop soon after ingestion. Liver and kidney damage may occur days to weeks after ingestion.2

Margin of safety: Narrow. Any exposure has the potential to cause clinical signs.

Mechanism for hypoglycemia: Direct and indirect. Impairment of glycogenolysis and gluconeogenesis11 can lead to hypoglycemia. Adrenal gland injury and low levels of cortisol may also play a role.12 Animals experiencing severe seizure activity may become hypoglycemic because of increased metabolic use of glucose.

Margin of safety: Variable, depending on the substance.

Mechanism for hypoglycemia: Direct and indirect. Hypoglycemia may result from increased use of glucose14 and possibly increased release of insulin.15

Treatment Tip Treatment with acepromazine is very effective because of its α-adrenergic and dopaminergic-blocking effects.14 Cyproheptadine may be used in conjunction with acepromazine if signs of serotonin syndrome (e.g., mydriasis, vocalization, hyperthermia, hyperesthesia, agitation, tachycardia, or fasciculation) are seen.

Description: Therapeutic doses of veterinary use approved NSAIDs (e.g., carprofen or deracoxib) or low doses of human use–labeled NSAIDs (e.g., ibuprofen or celecoxib) are not expected to cause hypoglycemia in dogs. However, it is possible to see hypoglycemia with large overdoses of NSAIDs. Ibuprofen accounts for almost half of the documented cases of NSAID-associated hypoglycemia at the Animal Poison Control Center.2 These cases may be overrepresented because of the popularity of ibuprofen.

Clinical signs: Overdoses of NSAIDs can lead to ulceration of the gastrointestinal tract and renal damage. Clinical signs may include vomiting, diarrhea, depression, melena, hematemesis, polydipsia, and polyuria. Ingestion of more than 350 mg/kg of ibuprofen can lead to neurologic signs, such as ataxia, tremors, seizures, and coma.

Margin of safety: Variable. Most dogs that demonstrate signs of ibuprofen toxicosis with hypoglycemia had ingested more than 350 mg/kg.2

Mechanism for hypoglycemia: Direct and indirect. NSAIDs are thought to cause hypoglycemia because of their effect on pancreatic β cells, causing increased insulin secretion.16 Increased metabolic use of glucose (seizure activity) can lead to hypoglycemia. 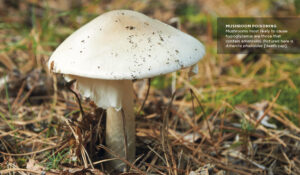 Description: Most mushrooms ingested by dogs are never identified; the suspected diagnosis is often made from the clinical picture and history. Mushrooms most likely to cause hypoglycemia are those that contain amatoxins (e.g., Amanita phalloides [death cap], Amanita verna [spring destroying angel], Galerina autumnalis [deadly galerina], and Lepiota josserandii [deadly parasol]). The toxic components of these mushrooms consist of amatoxins, phallotoxins, and virotoxins.18

Margin of safety: Very narrow. Any exposure is a concern.

Description: This heading encompasses all oral antihyperglycemic medications and insulin injections. The most common oral antihyperglycemic medications for which the Animal Poison Control Center receives calls are the sulfonylureas (e.g., glipizide and glyburide).2 The hypoglycemia caused by insulin injections is dose-dependent.

Margin of safety: Variable. The margin of safety for sulfonylureas and insulin injections is narrow. For others, such as metformin or acarbose, the margin is much wider.

Mechanism for hypoglycemia: The mechanisms vary according to the drug. Sulfonylureas, for example, affect potassium channels on pancreatic β cells, thereby causing release of insulin.13

Description: This sugar alcohol is used as a sweetening agent in many foods, candies, mints, chewing gums, and supplements. It is also used as a cooling agent in nasal sprays, diapers, baby wipes, sunscreen, toothpaste, and mouthwashes.21 Although there are many other sugar alcohols, xylitol is the only sugar alcohol that poses a concern for animal safety.

Clinical signs: Ingestion of xylitol can cause vomiting, depression, diarrhea, hypoglycemia, increased liver enzymes, ataxia, tremors, and seizures. Other signs include liver failure, hepatic encephalopathy, and coagulopathy. Liver failure has been seen within 12 hours22 but can be delayed up to 72 hours.23

Margin of safety: Narrow. Ingestion of 100 mg/kg or more can cause hypoglycemia.

Treatment Tip Xylitol is poorly absorbed by activated charcoal,24 and charcoal use for xylitol toxicity is not indicated.