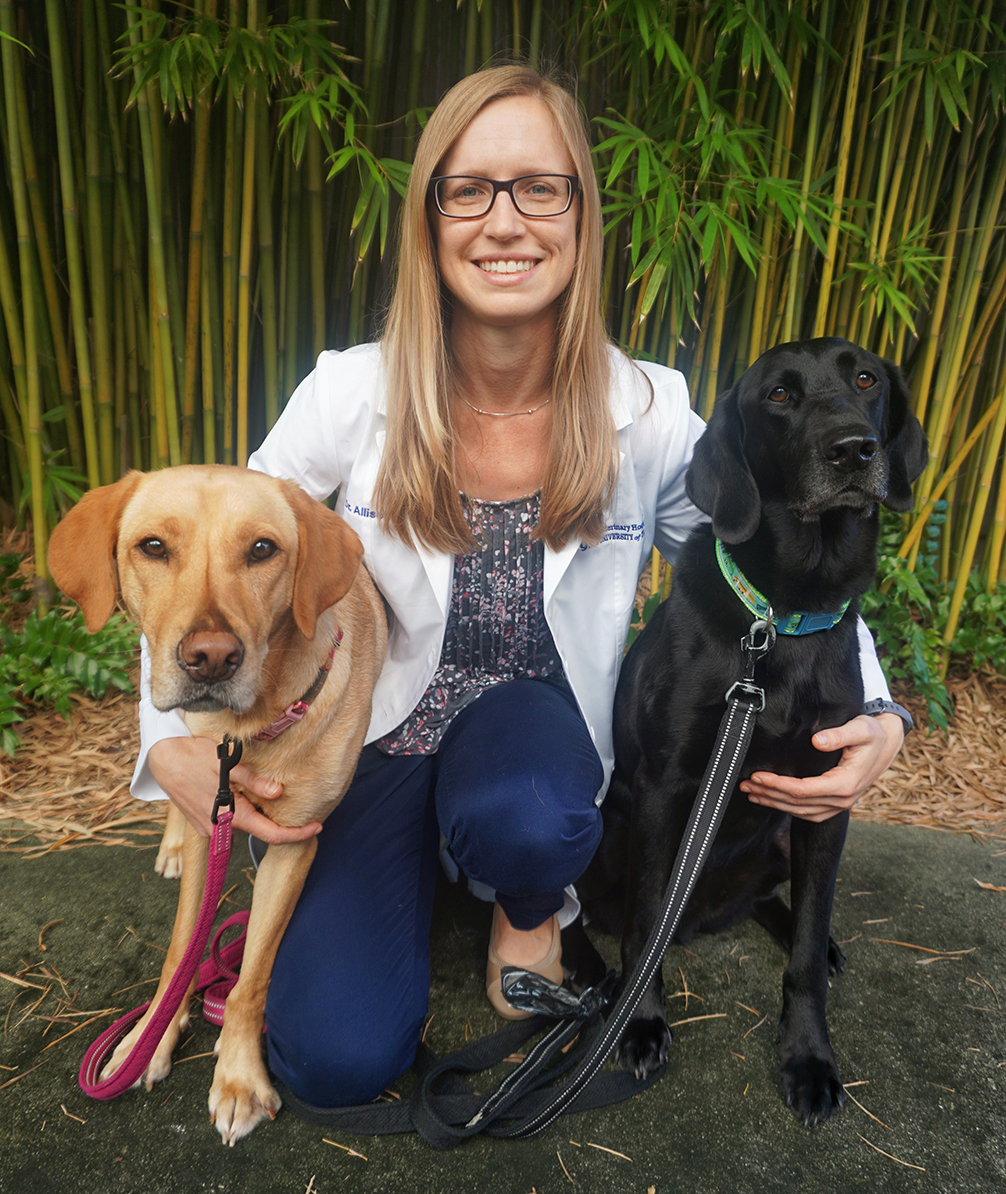 Allison O’Kell, DVM, is exploring the pathogenesis of canine diabetes to study possible similarities between how the diabetes develops in dogs and humans

A University of Florida veterinarian has won a five-year research grant to study diabetes in dogs — work that may lead to advances in helping humans.

Allison O’Kell, a small animal internal medicine specialist and clinical assistant professor at the UF College of Veterinary Medicine, said the $147,000 National Institutes of Health grant (the Mentored Clinical Scientist Research Career Development Award) will fund her research to understand the cause of canine diabetes — a disease that, like human diabetes, has become an increasing concern.

The research involves naturally occurring diabetes in pet dogs, and O’Kell is currently recruiting dogs with diabetes for the study (due to the nature of the study, eligible pet dogs must live near UF). She will be looking at the function of a dog’s pancreas over time and investigating metabolic blood markers. O’Kell also will be evaluating the role of immune system dysfunction in the disease and is seeking to identify possible biomarkers of early disease — or pre-diabetes.

“My interest in diabetes mostly stems from my experience treating the disease as an internist,” O’Kell says. “It is a fairly common disease we deal with in referral practice, along with the associated complications, and can sometimes be very frustrating.”

Diabetes mellitus is a serious health problem in both dogs and people. Type 1 diabetes (T1D) is caused by destruction of cells in the pancreas. This leads to a lack of a insulin produced in the pancreas, which is responsible for decreasing blood sugar levels. Canine diabetes is similar to Type 1 diabetes in people, but despite years of research, the exact reason for this immune attack is unknown, O’Kell says.

“The challenges with this diagnosis involve both the dog and the owner,” says O’Kell. “It is a huge lifestyle adjustment for a new diabetic dog owner. They need to stick to a relatively strict schedule with respect to food and insulin, and many worry all the time about their dog’s blood sugar being either too low or too high. When diabetes is not controlled, the clinical signs can affect the quality of life of both the dog and owner. Dogs with diabetes also very commonly develop cataracts and then go blind. Other complications such as diabetic ketoacidosis can cause severe illness and require hospitalization and intensive therapy.”

“After I met [Mark Atkinson], who studies human type 1 diabetes, I got really excited about some potential new avenues of research as well as comparing diabetes in dogs to diabetes in humans,” says O’Kell. “The overall goal is to examine the pathogenesis of canine diabetes to better understand why the disease develops, as well as compare it to diabetes in humans. I plan to investigate pancreatic function in diabetic dogs over time, study changes in the metabolome of dogs with diabetes, and explore novel methods to look for evidence of autoimmunity. We are also looking to find biomarkers that might allow prediction or earlier detection of diabetes in dogs.”