We Are Real-Life Superheroes

Veterinarians perform miracles every day. Sometimes we also make mistakes too. Here's a secret though ... superheroes are human too.

Dana Varble received her veterinary degree from University of Illinois in 2003 and earned her Certified Association Executive designation from ASAE in 2021. She has practiced clinical medicine in exotic pet, small animal general practice and emergency medicine and serves as an associate veterinarian for Chicago Exotics Animal Hospital.

She has spoken locally, nationally, and internationally on herpetological and exotic animal medicine and the state of the veterinary profession. She served as the president of the Association of Reptile and Amphibian Veterinarians in 2013 and presently works as the managing editor of the Journal of Herpetological Medicine and Surgery for ARAV.

In 2015, she joined the NAVC and in January of 2020 she was named Chief Veterinary Officer. As an NAVC spokesperson and a veterinary industry expert, she promotes animal health and the veterinary profession through media interviews and appearances including CNN, Steve Dale’s Pet World, Pet Life Radio, NBC News, local media outlets and others.

She shares her home with a mixed-up brown dog named Hannah, a Leonberger named Kodi, a tank of cichlids, four ball pythons, and a domestic human, Patrick, and his kids Lexi, and PJ.

Well, it happened again. At another social function I was introduced to a “Jane Jungle,” animal lover extraordinaire. You can probably piece together the ensuing conversation. From the twinkle in her eye as she exclaimed that she too “wanted to be a vet when she was younger” to the “but I couldn’t handle euthanizing animals/animals in pain/science/the school needed” to the awkward smile plastered on my face, nervous twittering laugh, even my teeth gritting the way my dentist warned me to avoid. Most of these conversations end well. We hear from these naïve souls about how lucky we are and then we move on to complimenting the host’s homemade coleslaw.

Later that night I wondered why that inevitable conversation always makes me so nervous. Sure, some lead to discussions of a beloved pet’s death or criticism of veterinary medicine, but it’s that twinkle that really raises my heart rate. That moment when the person at the party or even in the exam room starts to look for your superhero costume. The golden caduceus glowing, the bottle of cure-all “shot” at your holster, and the aura of healing power from your hands. That pedestal is a scary place to be! Biology and medicine work in probabilities, not guarantees. And while we understand that our ability to palpate abdominal tumors and perform other acts of medicine is due to science, practice, and education, some of our clients assume that since we were able to do something “miraculous” once, now all veterinarians should be able to do all the things, all the time. It’s a long fall off that person’s proverbial pedestal. Add in a touch of envy and it is no surprise veterinarians are the subject of such internet vitriol.

The truth is more complicated, as it almost always is. Superman cried. Iron Man made mistakes. Even Thor gave in to the habit of emotional eating! Screenwriters made those superheroes more human so we would feel connected to them. Most of our clients feel deeply connected to their veterinarians. They want to hear about your kids, learn about your family, see pictures of your pets. They will hug, smile, and laugh with us. A shockingly high percentage will understand when something goes wrong, a mistake was made, or even if we (gasp!) take a vacation. It turns out that they still believe in us even when we doubt ourselves.

And, more importantly, they should. I’ve seen veterinarians heal burns with makeshift fish skin transplants, rapid-transfuse blood while doing CPR on crashing rodenticide toxin ingestions, and pull fence posts out of horses’ chests. And yes, those patients all lived. Veterinarians beat the odds. We do it every single day. Better yet, we rewrite the odds. New medicines, new procedures, and creative thinking at every level of veterinary medicine from general practice to academic specialties mean we change the game in favor of our patients, our clients, and ourselves. 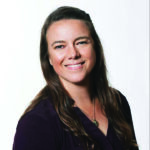 Dana Varble, DVM, CAE
This column is titled “The Secret Life of Vets” so that I can talk about the secrets that really should be considered well-known truths. These are the not-so-secret secrets that can help change our thinking and our profession for the better.