Antech Diagnostics discovered the first two pets in the US to test positive for SARS-CoV-2 as part of its surveillance program. We spoke with Dr. Jennifer Ogeer about the testing program.

The CDC and USDA announced last week that they confirmed the first two cases of companion animals in the US that have tested positive for SARS-CoV-2, the coronavirus that causes COVID-19. Antech Diagnostics announced that it found the initial positive result as part of its SARS-CoV-2 surveillance program before working with the national health organizations for confirmatory testing.

We spoke with Dr. Jennifer Ogeer, Antech’s vice president of medical affairs and commercial marketing, to discuss what the surveillance program entails, what they’ve learned, and why pet owners should remain calm during this pandemic.

Q: Could you take us back to Antech’s decision to start a surveillance program? What was the history behind that?

“Antech started our surveillance program in early March and it’s been ongoing up to this point. We have actually processed over 2,000 samples from dogs and cats. These are samples that originated from veterinarians and were submitted to our reference laboratories from the United States and some from Canada. They were submitted for routine respiratory and gastrointestinal PCR— polymerase chain reaction—analysis. So we felt that the surveillance testing that we started would be important because it would help us understand the dynamics, the emergence of this virus, and, very importantly, the frequency of virus transmission that is happening from humans to animals. Until very recently, in all of the thousands of samples we have analyzed in our surveillance testing, there have been no positives. So all of these animals were negative until we recently identified two presumptive positive cases.” 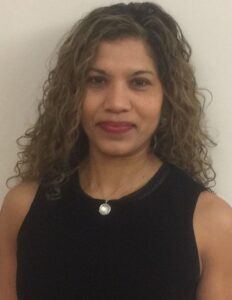 Q: And what was the next step after that?

“The next steps are very much defined by the USDA guidance. We followed the protocol from the USDA and immediately identified and sent the samples to the National Veterinary Services Laboratory (NVSL), where confirmatory testing is done at that national lab. Then, the laboratory has a chain of command around communications and confirming those positive results. We also identified that we needed to contact the state veterinarian, and that was done simultaneously with contacting the NVSL and sending samples that we had in our surveillance program to that laboratory. The state veterinarian then contacted the referring veterinarian; and the NVSL, through that state veterinarian, were able to obtain the appropriate samples they needed additionally to perform confirmatory testing on the two cats from New York state.”

Q: How long did that take?

“We identified these cases in April, and the same day we contacted NVSL and the state veterinarian. Public health officials were involved, so they contacted the pet owners. The USDA was very good about contacting us after that and with their turnaround times for the confirmatory testing. Within a very short period of time, within the limits of how long it takes to perform the testing, they were able to provide us with the results and contact the public health officials, the state veterinarian, referring veterinarian, and the pet owners. It happened within a short period of time—within days.”

Q: What was the method of initial and confirmatory testing?

“When we look at sensitivity and specificity of a diagnostic test, we’re looking at the performance, or the ability to accurately predict whether that pet has the disease or not. PCR by itself, as a diagnostic methodology, is a very sensitive and a very specific technique that we use to identify genetic material, DNA, and—in the case of a virus—RNA in nucleic acid that’s part of that virus. The USDA’s NVSL perform confirmatory testing largely because they want to be sure that when we do report a presumptive positive that they have performed the appropriate testing that is of a high enough sensitivity and specificity so those are accurate and reliable results. I am not privy to the specific test that they did, but there are different ways that we look for SARS-CoV-2. PCR looks for the genetic material of the virus, you could do virus isolation, and the third method is serology, where you look if the pet has developed antibodies from being exposed to the virus to identify if there has been an infection in that pet. As far as we know, [the confirmatory testing] likely was PCR and genetic sequencing.”

Q: Are you continuing the surveillance program?

“Yes, Antech is continuing its surveillance program. We feel it is important to continue to monitor the emergence of this virus and the frequency of transmission from humans to animals. We believe that this is contributing to the evolving knowledge and scientific information that the veterinary community, as well as the human population, needs. We are very much approaching this, on a global scale, as a One Health pandemic and as we learn more we continue to share it with leading animal and human health experts. And we’re very much guided by those experts in terms of how we’re performing our testing and recommending surveillance testing at this time. So, our surveillance testing is being done on routine respiratory and gastrointestinal samples submitted. This is not a commercially available diagnostic test. You’ve seen the guidance from the CDC, the USDA, and the World Health Organization. There’s currently no evidence that this virus is being transmitted from animals to animals or animals to humans, so there’s no recommendation at this time for widespread routine testing. So all of our testing is surveillance only.”

Q: What prompted you to start surveillance testing for SARS-CoV-2?

“We believe that it is important to continue to add to the body of knowledge that we have on the human side, information that would be helpful to understanding what’s happening on the veterinary side. We know there are very few cases; thousands of dogs and cats have been tested by commercial and university laboratories. I think that’s an important point: of the thousands of animals that have been tested the majority by far have been negative. That’s very important because it validates that statement when we say there’s been very very few cases where we’ve identified positive. And in the two positive cases, they’ve only shown very mild respiratory signs and, more importantly, these cats actually have fully recovered. That’s important. Surveillance leads us to the understanding of virus transmission, the frequency at which it’s occurring. We can validate the data, corroborate it with leading authorities and use that information to guide our actions and ultimately increase pet owner confidence in what leading experts and what testing has revealed: that there is no evidence of transmission from animals to humans. So people can rest assured with their pets, follow the CDC guidelines, and continue to look to experts to guide us.”

Q: How do you see Antech contributing to the One Health conversation, and how did the pandemic bring that to the forefront?

“As we think about the ecosystem of humans, animals, and environment—we’re all interconnected. There are some diseases that are known to be zoonotic, they do spread from animals to humans. SARS-CoV-2 is not one of those. But as we think about—on a global scale—humans, animals, and our planet, it’s important for us to understand what those relationships are. I think, with this particular disease, we’re seeing maybe regional differences with how people interact with their pets and the environment, it’s allowing us to have a better idea of how One Health is important in the actions we take, the policies we make, and how we interact with animals not just in our day to day lives, but in the food chain. There’s been a lot of global ideas that have originated. One thing I do as a volunteer is work with Veterinarians Without Borders, and a lot of the work we do internationally is focused around this idea of One Health. It is a complex relationship, where we see in parts of the world that are not as privileged as we are in North America that having sustainable agriculture practices helps the people. There’s so much we’re learning through this pandemic, and as we learn we’re going to change the way we interact with each other, our pets, and the environment moving forward.”

Q: Do you think we will uncover more cases in pets moving forward?

“None of us really know what the future holds. In terms of animal testing, there have been thousands and we’ve seen very very few cases. Based on what we know currently—we have hundreds of thousands of animals living with humans and have seen these two rare cases. I cannot predict if we will see more positive cases, but it makes sense to me logically as a scientist that we would have seen more positive cases if this was going to be a serious problem for cats. And, as I said, those two cats came from the epicenter of the US and had very mild signs. One of the cats from the COVID-19 positive house recovered, and there was another cat in the house showed no signs at all. There are different levels of susceptibility in humans and cats, and some may be asymptomatic or show very mild signs. It’s going to be hard for us to have a true reflection of what’s happening.”

Q: What would you say to your veterinary colleagues who are probably fielding calls as we speak about this news report?

“I’ve been a veterinarian for 25 years, so this is near and dear to my heart. First, I want to say that I have a lot of admiration and respect for all of my colleagues who are in practice on the front lines taking care of these animals. I have done that myself, so I recognize how challenging it is. What I would say to my colleagues in practice is we have uncovered only two rare cases in cats, they have mild cases, and have recovered. So I will continue to reiterate that widespread testing is not recommended at this time and that we continue to practice social distancing and good hygiene. Continue to follow experts and instill confidence in pet owners to not panic, break their shelter at home, and potentially expose themselves to get their pet tested.”

• The Challenge of Determining Essential Veterinary Services Amid the Coronavirus Crisis

• How to Set Fees For Veterinary Virtual Care