Dog as a Second Language: A Primer for Humans 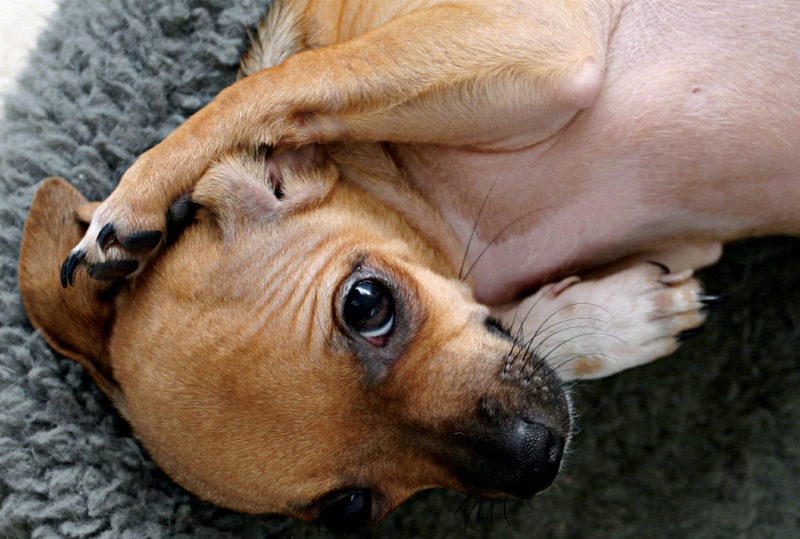 Taboo is a small, male Chihuahua mix, with an unknown background, recently adopted from a rescue group.

His new owners are generally pleased with his behavior except for one thing: when Taboo is out in the fenced yard and called, he runs toward his owners but quickly slows to a walk, then stops. If they persist in calling him, even with “happy” voices, he rolls onto his back and, if approached, he growls loudly.

Like many owners who see their dogs rolling onto their backs, they accommodate Taboo by rubbing his belly—at which point Taboo bares his teeth.

We love and keep dogs because they are social animals who thrive in their relationships with us, yet we have some challenges interpreting what they are trying to say. The key is realizing that much of canine behavior, such as Taboo’s, can be explained by understanding the language dogs speak.

It is often straightforward for humans to recognize overt happiness or fear, but there is a more subtle language that dogs use to communicate their intentions to other dogs and to us. By watching carefully and opening our eyes to this largely visual language, we can:

Social animals need to communicate with each other for many reasons, one of the most important being their need to get along without conflict and injury. Dogs are invested as much in the welfare of their conspecifics as they are in their own, because as long as there is social harmony and group members survive and thrive, so will they.

For these purposes—to peacefully maintain ownership of valuable resources and to avoid pending threats—a rich and complex canine language developed. The problem is that dogs use the same language to communicate with us, yet their “words” are often lost in human translation. And where there is misunderstanding, fear and aggression often follow.

The language of dogs includes:

Because it is in dogs’ best interests to interact easily and avoid fighting, it makes sense that the richest and most subtle (to human eyes) vocabulary is devoted to social harmony. 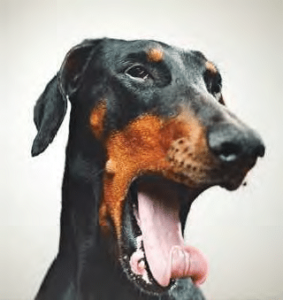 ARE YOU CALM? YOUR DOG WANTS TO KNOW

In the parlance of dog language, actions or expressions conveying that “no harm is intended” are known as calming signals.

A signal, however, implies a prearranged understanding between the signaler and recipient. When a dog recognizes calming signals from another, the exchange serves to pacify both dogs. This is because the recipient returns its own calming signal to communicate understanding.

Unfortunately, in our ignorance of “dog as a second language,” we sometimes respond to a dog’s calming signals by intensifying, rather than inhibiting, our interactions, as Taboo’s owners inadvertently did by rubbing his belly. When calming signals are unseen or incorrectly interpreted, the interaction might escalate to disinhibition and aggression.

Clearly, calming signals between dogs can be complex. An excellent resource on the study of canine calming signals is the work of Turid Rugaas, who has produced both written and video material on the subject (canis.no/rugaas/onearticle.php?artid=1), highlighting the importance of body language in communication between dogs and humans.

One of the great ironies of our close relationship with dogs is that behaviors we consider to be affectionate and gentle can be directly provocative to sensitive dogs. By considering encounters with dogs from their point of view, humans can begin to modify their interactions and, ultimately, increase confidence—and decrease the fear and aggression—in the dogs around them. 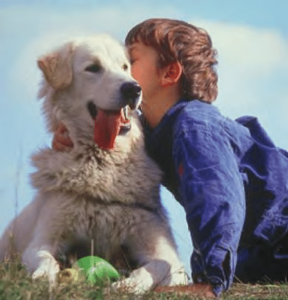 Although many pet owners insist their dogs are asking for a “belly rub” when the dogs roll onto their backs (as Taboo’s new owners assumed), this behavior is dependent on context.

Veterinary staff, other dog professionals, and pet owners benefit from watching the body language of dogs as they interact with other dogs or people, but the greatest benefit is to the dogs themselves. It is advisable to be seated in the examination room, for example, as the client and patient are led in, thereby avoiding the “threat” of the doctor’s entrance and frontal approach.

If there is a dog park in your neighborhood, visit with a cup of coffee and folding chair (but perhaps without your dog) to just watch the way dogs greet and interact with each other, including the way they acknowledge the arrival of other dogs. By watching, we can become more fluent in their rich vocabulary.

Nervous dogs don’t want to be greeted, bent over, reached toward, petted, or patted by the people who make them uncomfortable.

Taboo’s owners decided to “reboot” their interactions with him by turning their bodies to the side as he came when called. If he rolled onto his back or even slowed, they turned and trotted away while continuing to call him. Within days, Taboo was running all the way up to his owners with an expression of relief on his face.