After being nursed back to health by the National Aquarium rescue center's veterinary team, a young harp seal nicknamed Marie Tharp is released back into the wild off the coast of Maryland. Photo Credit: Courtesy of National Aquarium

April 5 was a cold and wet April day at Maryland’s Assateague State Park, but it was a heartwarming one for the staff at the National Aquarium’s Animal Care and Rescue Center in Baltimore. After spending more than two months at the rescue center, a young female harp seal named Marie Tharp was finally healthy enough to be released back into the ocean.

As we reported in March, the veterinary team at the Animal Care and Rescue Center in Baltimore was treating two harp seals for a variety of ailments, including dehydration, respiratory illness and an internal infection. The staff named them Marie Tharp and Sally Ride, who were nicknamed for famous scientists, which is the rescue center’s animal-naming theme for the 2018-19 season. Marie Tharp was a famous geologist and cartographer and Sally Ride was an American astronaut, physicist and engineer.

Returning Marie to Her Ocean Home

Marie Tharp was admitted to the rescue center on January 29 and given fluid therapy and antibiotics until staff determined she was healthy enough to be released back into the wild. On April 5, Marie was brought to the beach at Assateague, where National Aquarium staffers opened her crate and let her get acclimated to the environment. The young harp seal was initially hesitant, but soon bounded into the ocean. 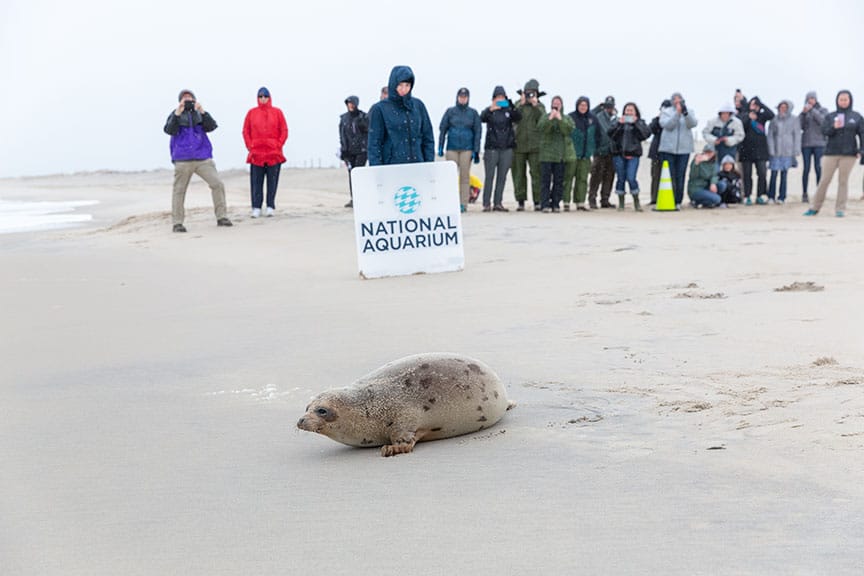 “After exiting her carrier, Marie spent some time reacquainting herself with her ocean home — rolling around in the sand a bit and sniffing the salty air,” the rescue center said in a release. “She then shuffled down to the shoreline to meet the waves. Marie took a dive in, and after popping up a few times here and there, disappeared back into the ocean.” 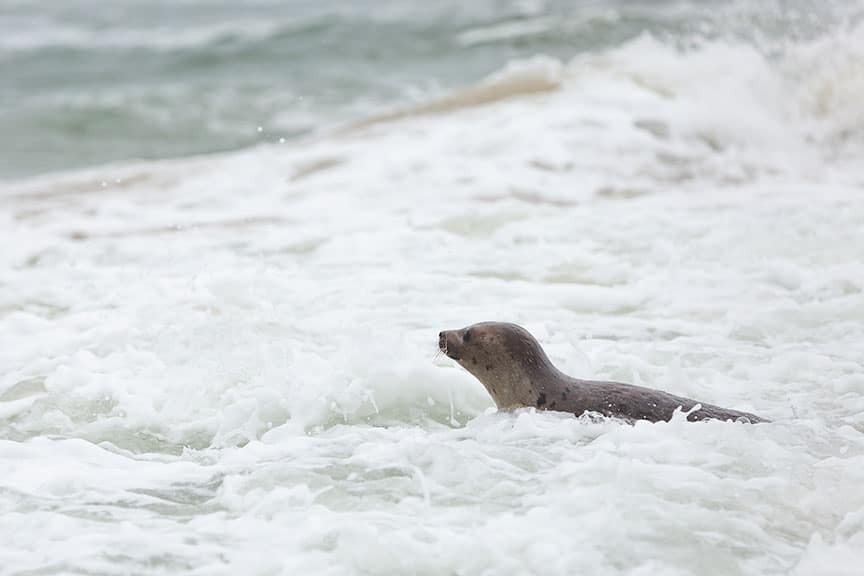 Marie makes her way into the ocean. Photo Credit: Courtesy of National Aquarium

According to National Aquarium staffer Kimberly Lacomare, Marie Tharp was last seen with her head bobbing in the ocean just off the Assateague shoreline. “I was at the release and it was amazing to see her dive right back in!” says Lacomare. “She was equipped with a tag on her flipper so we can track her progress if she pops up again.”

Animal Rescue is also caring for rescued harp seal Sally Ride and grey seal Edwin Hubble. They’re both doing well and our team is hopeful that they’re nearing the final stages of rehabilitation.

Read: Are Exotics a Fit For Me?