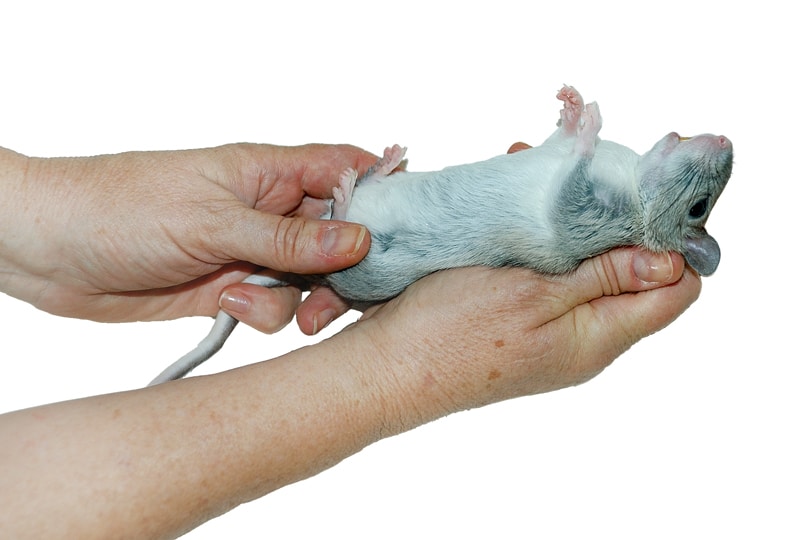 Many veterinarians and veterinary technicians are filled with trepidation when small mammal or exotic patients are presented for evaluation. However, handling these pets does not have to be difficult.

With the exception of the ferret, small mammals are prey animals with highly developed senses of smell and hearing. In addition, most are nocturnal, cover seeking, and thigmotaxic. Because they can smell predator odors (dogs and cats), bringing them into the veterinary hospital causes stress and defensiveness.

To counteract the small mammal’s instinct to panic or struggle, create a “safe” environment:

Be aware that the amount and quality of human handling the animal has already experienced will affect its tractability. Rodents and rabbits are likely to be tamer and less likely to bite if they are handled regularly and gently. Animals that have been handled roughly or in ways that threaten their security may struggle more because they fear handling.

When handling small mammals in the examination room:

Be aware that different species of small rodents have different temperaments. 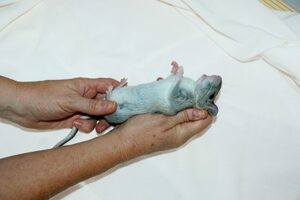 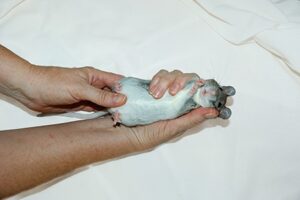 Figure 2. This is a method for holding a tame rodent; note that the thumb and the forefinger are grasping the base of the jaw

Similar to tame rats, guinea pigs are less likely to bite than other pet rodents. While most of the suggestions for gerbils, hamsters, mice, and rats apply equally to guinea pigs, guinea pigs are unique because they tend to be vocal when handled. Most of the squeaks and chirps made during human interaction are perfectly normal; in fact, a very quiet guinea pig is more likely to be sick.

While usually docile and unlikely to bite, chinchillas can move very quickly and may try to leap from your hands. Restraint must be firm but gentle; the more firmly you hold a chinchilla, the more likely it will be to struggle. Use only the amount of restraint necessary to keep the animal safe. 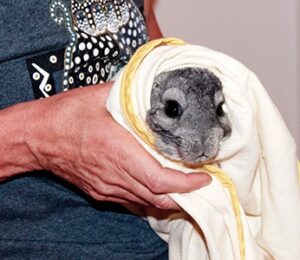 Figure 3. Chinchilla wrapped in a blanket for safe restraint

Rabbits have powerful musculature and a delicate skeleton; a sudden leap while restrained can result in a vertebral fracture. For this reason, when the rabbit is on the examination table, at least one hand should remain on it at all times. Rabbits are likely to struggle and resist handling if they feel insecurely held, especially if lifted off the table. If a rabbit struggles, do NOT attempt to hold it more tightly; instead, put it back on the table, allowing it to calm down prior to further examination.

Pick rabbits up with one hand behind the front legs and the other underneath the hind end. Then grasp the rabbit firmly to your chest, supporting the spine in the C hold (Figure 4). 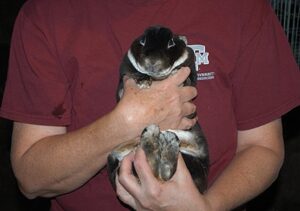 Figure 4. An example of the “C” hold for a rabbit, which allows easy examination by one person while restrained by another 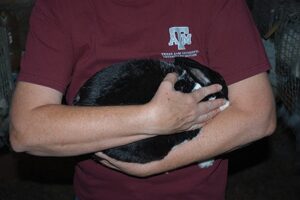 Figure 5. The “football hold” is a safe way to transport most rabbits 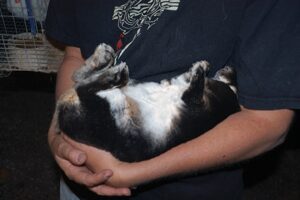 Figure 6. Some very tame rabbits will tolerate restraint in this manner, which allows one person to hold the rabbit and perform an initial physical examination, including taking a rectal temperature 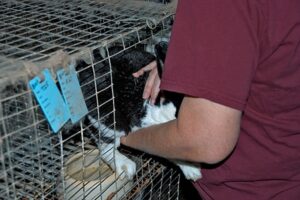 Figure 7. Always return rabbits to their cages putting them in hind end first

What Not To Do

Similar to most of their prey, ferrets have an exquisite sense of smell that plays an important role in their intraspecific communication and hunting. Strong odors, such as alcohol, can result in a strong avoidance reaction, so use sparingly or not at all. Keep in mind that even the tamest ferret, when excited or frightened, can inflict a painful bite.

Restraint and examination of hedgehogs is challenging due to their spiny quills and tendency to curl up rapidly when startled. Numerous handling methods have been described for hedgehogs; the amount of handling the animal has received and temperament will play a large role in effectiveness of any restraint method. 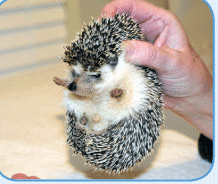 Acknowledgement
The author gratefully acknowledges the assistance of Dr. Leslie Sinn in the preparation of this manuscript.

Valarie Tynes, DVM, Diplomate ACVB, provides consulting services for zoos, pharmaceutical companies, veterinarians, and pet owners. She has worked in private practice as an associate, relief veterinarian, and practice owner. Her special interests include animal behavior problems, miniature pigs, and other exotic pets and small mammals. In addition to frequently speaking at veterinary meetings around the world, Dr. Tynes has authored numerous articles and chapters on the care of miniature pet pigs in addition to a variety of other behavior-related topics. She is also the editor of the recently published book, The Behavior of Exotic Pets (Wiley-Blackwell). Dr. Tynes received her DVM from Texas A&M University and completed a residency in clinical animal behavior at University of California–Davis.