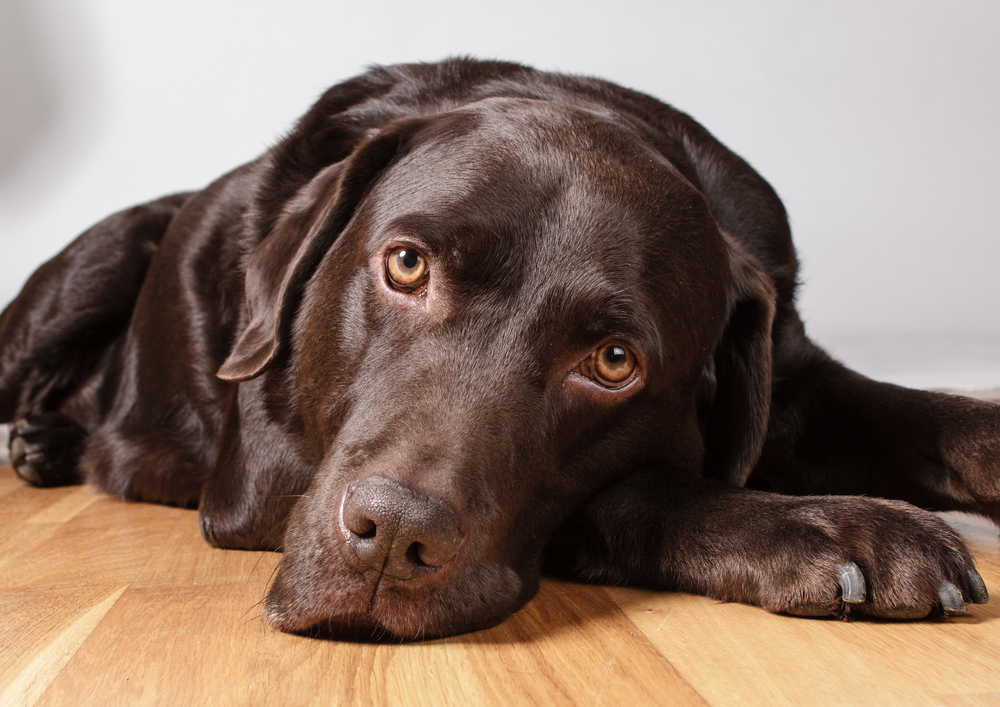 For Labrador retrievers, coat color appears to play a role in how long they can live, say researchers. Photo Credit: shutterstock.com/Paul Ekert

Researchers found that the life expectancy of chocolate Labrador retrievers is significantly lower than their black and yellow counterparts. The UK study looked at the vet health records of 33,320 United Kingdom-based Labradors of all colors.

The study showed that chocolate Labradors also have a higher incidence of ear infections and skin disease. The findings were published in the open access journal Canine Genetics and Epidemiology.

The study was undertaken by the University of Sydney’s VetCompass™ Program, which collects and analyzes electronic patient data on dogs. The study is now being replicated in Australia, where Labradors are the most popular breed of dog.

“The color-related findings on disease and lifespan in Labs proved most surprising,” says Paul McGreevy, BVSc, PhD, MRCVS, MACVS (Animal Welfare), a professor of animal behavior and animal welfare science at the University of Sydney. “We are currently undertaking a parallel study of Labrador retrievers in Australia to establish whether or not these color-related differences persist in the relatively isolated Australian population.”

In the UK, the median longevity of non-chocolate Labradors is 12.1 years, more than 10 percent longer than those with chocolate coats. In addition, some diseases were far more prevalent in chocolate dogs, says McGreevy. “The prevalence of pyo-traumatic dermatitis — sometimes called wet eczema or hot-spot — in black dogs was 1.1% and in yellow dogs 1.6%, but rose to 4% in chocolate Labradors. Meanwhile, otitis externa was found in 12.8% of black dogs, 17.0% of yellow dogs and 23.4% of chocolate dogs.”

The most common health conditions among Labradors of all coat colors includes obesity.

“We found that 8.8 percent of UK Labradors are overweight or obese, one of the highest percentages among dog breeds in the VetCompass™ database,” McGreevy notes.

Chocolate coat color is recessive in dogs, and the gene for this color must be present in both parents for their puppies to be chocolate. McGreevy says that breeders targeting this color may be more likely to breed only Labradors carrying the chocolate coat gene. “The relationships between coat color and disease may reflect an inadvertent consequence of breeding certain pigmentations,” McGreevy explains. “It may be that the resulting reduced gene pool includes a higher proportion of genes conducive to ear and skin conditions.”

The VetCompass researchers have already studied pugs, Cavalier King Charles spaniels and several other breeds. “We found nothing similar in pugs (that can be black or fawn) or CKCS (tricolor and so-called Blenheim), but [in our companion piece in The Conversation] we talk about color-linked differences in behavior, deafness and blindness,” says McGreevy.

“If we fail to find the same differences [in the Australian study], this may point to the overuse of certain breeding lines in the UK.”

Labrador retrievers are among the most popular breeds of dogs due to “their affability, boldness and resilience to the chaos of family homes,” says McGreevy. It’s not clear whether coat color affects the personality of the Labrador, but behaviour has been linked to coat color in a previous study. McGreevy notes that a 1996 study published in Applied Animal Behavior Science showed an association between coat color and aggression in golden and black (distinct from roan) cocker spaniels.Labrador retrievers under primary veterinary care in the UK was co-authored with colleagues from the London’s Royal Veterinary College (RVC), where the VetCompass™ program began in 2007, as a collaboration with the University of Sydney. VetCompass Australia is a consortium of all of Australia’s veterinary schools and is supported by the Australian Research Council.

Labrador retrievers are among a number of dog breeds that are prone to chronic hepatitis.