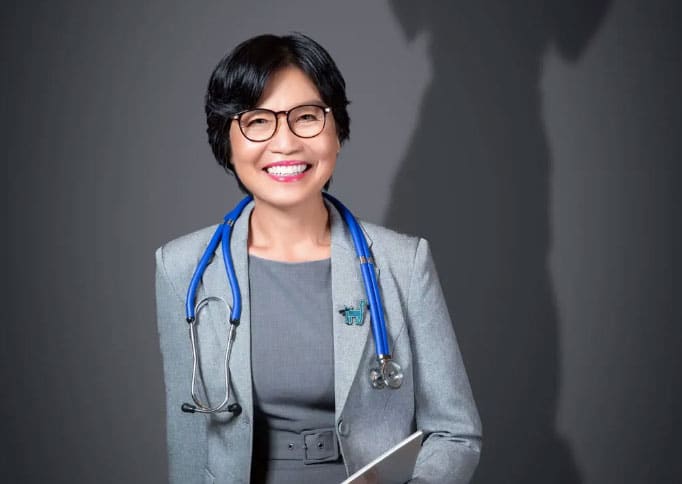 Dr. Siraya Chunekamrai is a pioneer of veterinary practice in Thailand where she opened the country’s first equine surgery practice in 1996. She is the first female president of the World Small Animal Veterinary Association.

Dr. Chunekamrai is a former president of the Veterinary Practitioners’ Association of Thailand. She earned her veterinary degree from Kasetsart University in Bangkok and her Ph.D. from Cornell University. Dr. Chunekamrai opened Thailand’s first equine surgery practice in 1996. She has a strong interest in raising the standard of veterinary care in countries where companion animal practice is still emerging. She also promises to lead efforts “to increase our inclusivity.”

Dr. Shane Ryan, the WSAVA’s outgoing president, is serving a two-year term as past president. Dr. Ellen van Nierop is the Vice President of WSAVA. A Dutch veterinarian, she practices in Ecuador and is a former Honorary Treasurer.

WSAVA also added two new members to the Executive Board, Dr. John de Jong, former president of the AVMA, who is Honorary Treasurer, having held the role for several months in an interim capacity, and Dr. Jim Berry, formerly chair of the WSAVA’s Congress Steering Committee and a past president of the Canadian Veterinary Medical Association.

Today’s Veterinary Practice (TVP) had the opportunity to ask Dr. Chunekamrai about her love of veterinary medicine, plans for WSAVA’s long-term strategy and what it means to be the organization’s first female president.

TVP: What sparked your interest in becoming a veterinarian?

SC: As far as I could remember I never wanted to be anything but an animal doctor. My grandfather’s house in Bangkok had around 30+ mutts and over 20 cats, so that could have something to do with it. I kept on having animal encounters throughout my childhood and when I saw the mounted police horses and followed them after school to the stables — I fell in love and that sealed the deal.

TVP: Who is your veterinary hero?

SC: Two people, actually. One was Mrs. Lee Rhodes, a German lady who owned the riding school in Bangkok and taught me how to ride when I was 10. She was a legend and possibly a hero to many. Everyone was afraid of her because she was very stern and seemed angry all the time. However, I found out that she was being that way because she wanted to protect the horses. She knew that most of animal suffering came from human behavior and she would not endure that. Animals need stewardship. The second person is Professor Lennart Krook, head of the Pathology department at New York State College of Veterinary Medicine, Cornell University. He learnt of my senior year research on bone diseases in horses in Thailand and offered me a graduate research scholarship towards a PhD at Cornell. I consider him a hero because he had an amazing opportunity that could be offered to anyone but he chose this Thai veterinary student on the other side of the world and gave her the chance of a lifetime. His passion and lifelong work in nutritional pathology sparked my ongoing interest, which carried on to how I place much importance in nutrition as the foundation for clinical assessment.

TVP: Where did you go to university and veterinary school?

SC: I qualified as DVM from the Faculty of Veterinary Science, Kasetsart University, Bangkok, Thailand, in 1984 and got my PhD from Cornell University in the United States in 1988.

TVP: You have been called a “pioneer” for some of the veterinary medical procedures and tools that you introduced in practice in Thailand. Can you tell us about some of those advances you helped encourage and what it has meant to you?

SC: Equine medicine and surgery were practically non-existent when I came back from the U.S. — from very basic procedures to arthroscopic surgery. I was driven to set up the first equine practice using modern diagnostic tools, medical treatment, rehabilitation equipment, as well as surgical procedures. But what I feel is more important is not the technical aspects of veterinary medicine, it is the mindset. To exemplify what I mean is when I worked with the Veterinary Practitioners Association of Thailand (VPAT) to set up its continuing education (CE) program, I learnt so much from leaders in this field. Dr. Douglas Bryden from the Postgraduate foundation, University of Sydney, along with Drs. Jill Maddison and David Church, helped us create the foundations of a proper CE program. I think that pioneering CE is creating a mindset for lifelong continuing professional development. This is one of the most impactful things that happened in our country. We can all consider someone a “pioneer” as they may just be the right person at the right time in the right place. I believe there are many who would be presented with the opportunity at different times in their life and may do nothing. Perhaps I simply see “possibility” everywhere I look.

TVP: You have just been named president of the World Small Animal Veterinary Association (WSAVA). How did you first become involved with WSAVA?

SC: I attended the WSAVA assembly meeting for the first time in 2006 when I was president of VPAT. It was very interesting as I saw so much potential yet missing some elements to be global. I didn’t feel it could be called “World something” if there was no representation or voice of the world community. This was no fault of the leadership at that time as Asians are notorious for being shy but the environment did not seem inviting either. Then when I became a member of the Congress steering committee in 2010 I was just so impressed when I got to know the volunteers on the board. They were kind-hearted people who wanted to create a great association for our profession. If you want something to be a certain way you cannot remain in the bleachers and just yell at the players. Best jump in be a player yourself. So in 2011 when Dr. Walt Ingwersen was going to step down as Honorary secretary, he and Dr. Shane Ryan asked if I was interested to put my name forward. And the assembly elected me.

TVP: You are also its first female president. What does that mean to you?

SC: Maybe I can answer by sharing what happened to me. Throughout the years there were many times when I just wanted to quit. I am sure this happens to everyone who is passionate about something and moving things forward is not always easy. Then I was in Beijing and a young Chinese vet interviewed me and asked when it was my turn to become president. When I told her when the position would be up for assembly to vote she had this amazing smile and said “we are proud of you”. An almost identical situation happened in Palembang, Sumatra, then India, Nepal, Sri Lanka. So it means something to so many people. It is beyond who I am, it’s who I represent. I stood for the position when the time came around and it was a unanimous vote. Representation is a hallmark of an organization that is a safe space that anyone and where everyone has a right to be heard. It is the hallmark of Equality, Diversity and Inclusivity. I hope I can also represent positive change.

TVP: What do you think are the more pressing or challenging things facing the veterinary community today?

SC: Rather than giving a personal opinion let me direct you to a more objective assessment. The WSAVA was part of a recent global survey conducted by CM research team that spanned 91 countries and 6 continents. It highlighted the fact that in general the veterinary profession is facing higher levels of stress, less work satisfaction and higher number with the intention to leave the career. This very informative survey can be viewed here. So professional wellness has been a topic that the WSAVA has placed much importance upon with a dedicated Professional Wellness Group (PWG) being one of our very active committees. I don’t feel that presenting challenges is a negative thing. It is an indicator that this is what we should be focusing upon as a community. When faced with challenges, most of us fall back on the support of our own communities. This is essential to human survival. Therefore creating a strong community with collaborative (not competitive!) leadership will be the global solidarity that all veterinarians can fall back upon. This is why I believe that veterinary associations on every level — local, national, regional, global — needs should be joined, supported and work together hand in hand for no other interest than the wellness of our profession. Veterinary associations will be part of our sustainability if we understand our role.

TVP: What are your goals for WSAVA?

SC: To be a true global veterinary community. This requires not only small groups leading an association but enrolling everyone to become collaborative leaders with a new kind of mindset. We need to become younger, more futuristic, inviting and disruptive.

TVP: What are some of your other interests?

SC: I have 2 pony welfare foundations; the Thai Pony Foundation and the Cambodia Pony Welfare Organization. These 2 foundations have helped me grow and learn to work with communities where it is so obvious that animal welfare is directly linked to human welfare. Drs. Suzanne Rogers and Natasha Lee are responsible for opening my eyes to the process of “Human Behavior Change” where we can affect animal welfare by addressing human behavior. Though the above are about working equids, companion animals are no different in the way they impact human wellbeing. The COVD-19 pandemic clearly shows how companion animals contribute to our social and mental health. That’s why my other main interest is to drive the realization that veterinarians are not in the sickness industry but rather in the ‘wellness’ industry. We significantly contribute to human wellbeing.

TVP: What would you say to a little girl who tells you she’d like to grow up to be a veterinarian?

SC: Follow your heart. As Paulo Coelho wrote: “When you really want something the universe will conspire to make it happen.”

The World Small Animal Veterinary Association (WSAVA) is an “association of associations.” WSAVA’s primary purpose is to advance the quality and availability of small animal medicine and surgery, creating a unified standard of care for the benefit of animals and humankind. “Global Veterinary Community” is WSAVA’s tagline; being a part of WSAVA also creates a space in which veterinary professionals can help one another and generate a “One Global Voice” from the veterinary profession to contribute to the world. Its membership comprises companion animal veterinary associations from all over the world. WSAVA currently has 115 member association, representing more than 200,000 individual veterinarians.