Wisdom Health, in collaboration with Genoscoper Laboratories, conducted an innovative study that shows genetic testing may predict if a dog is at risk for developing certain diseases. The study, published in PLOS Genetics, examined the DNA of more than 100,000 dogs, including 18,000 purebreds representing 330 breeds, types and varieties and 83,000 mixed breed dogs for the presence of 152 genetic disease mutations these breeds are most likely to develop. In addition, the study also revealed that in comparison to purebreds, fewer mixed breed dogs were affected by the most common disease-causing mutations. All of these findings were based on genetic testing technology that can be used at home.

According to a company press release, “Knowing a dog’s disease-related genetic make-up could enable owners, breeders, and veterinarians to make more informed decisions about a dog’s health.”

Commenting on the study, Cindy Cole, DVM, PhD, DACVCP, General Manager at Wisdom Health, “There has been a long-standing perception that mixed breed dogs are less disease-prone than purebred dogs. This DNA-testing-based evidence shows that while mixed breed dogs are in fact less likely than purebreds to develop the recessive disorders evaluated in the study, they may still be carriers. It’s now clear that all dogs can benefit from genetic testing.” 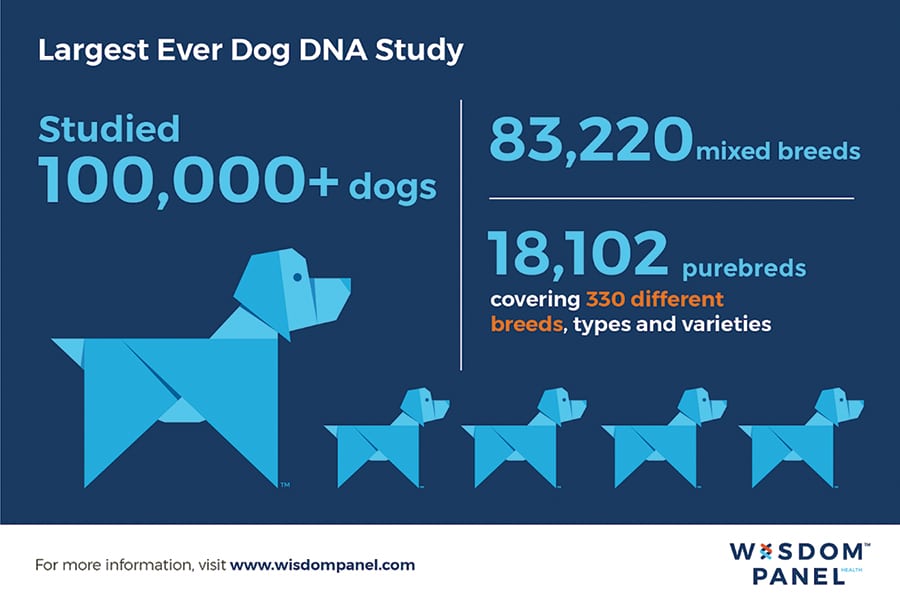