In Memoriam: Neill P. Overman, Leading Catalyst for the NAVC

Mr. Overman was the NAVC’s Emeritus Past Director of Exhibits, founder of Veterinary Learning Systems, and a leader for the Eastern States Veterinary Association, Inc, parent company of the NAVC. 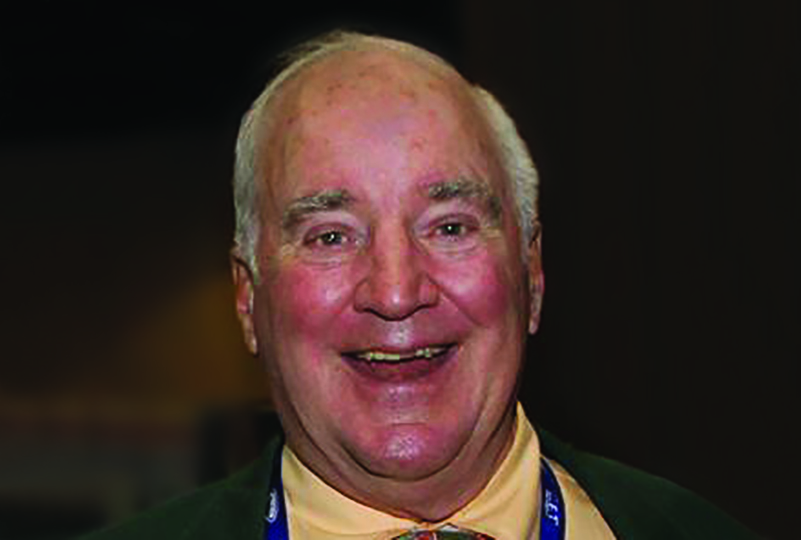 The North American Veterinary Community (NAVC) remembers the profound contributions of one of its leaders, Neill P. Overman, who passed away on April 4, 2015. Mr. Overman launched Veterinary Learning Systems (VLS) in the late 1970s, producing two highly respected journals (Compendium, first published in 1979, followed by Veterinary Technician in 1980), as well as other continuing education material that helped veterinary professionals stay up to date on the latest findings in medicine. He served on the NAVC Board of Directors from 1984 until his retirement in 2005. In his honor, the NAVC established the Neill P. Overman Award in 2009 to recognize exceptional industry professionals each year at the NAVC Conference.

Several NAVC Past Presidents who knew him well over the decades, commented on his contributions and the difference he made to the veterinary community.

Colin F. Burrows, BVetMed, PhD, Diplomate ACVIM (Small Animal Internal Medicine), Honorary Fellow of the Royal College of Veterinary Surgeons (1986–1987): “Neill’s business knowledge, wide range of contacts in the industry, leadership, and overall enthusiasm made it (Eastern States Veterinary Association) all work. He educated us about the importance of ‘exhibit hall traffic,’ and in so doing, he did much to enhance the early success of the Conference. On the board, he was always the voice of industry and did much to make this an important part of the Conference.

Thanks to Neill, developing and maintaining good relations with the animal health industry is now part of the NAVC’s DNA. He revolutionized veterinary publishing and the way that we interact with the animal health industry. He was a true visionary and a friend to all. His name and memory, however, will live on each year with the Neill P. Overman Award at the Conference. The profession has lost a true friend.”

David Senior, BVSc, Diplomate ACVIM (Small Animal Internal Medicine) & ECVIM (Companion Animal) (1993–1994): “He revolutionized veterinary publishing; he understood corporate veterinary medicine better than any living person; and he was the main catalyst for the immediate financial success of the Eastern States Veterinary Conference, which evolved into the NAVC Conference. He was a true gentleman, a real friend with a great sense of humor always, always with a twinkle in his eye.”

Linda Jacobson, DVM (2004–2005): “For those who didn’t know Neill, he was one of the smartest, if not the smartest, businessmen I ever knew. He could look at a set of numbers and immediately see the best options. He loved his family and would bring a son or two to our spring board meetings. He had a great sense of humor and at one of our meetings he sported a mood ring; then we all got them and we could see our ‘moods’ during breaks. Through Neill, our exhibit hall became one of the best veterinary trade shows ever.”

Jorge Guerrero, DVM, PhD, MS, Diplomate ACVM & EVPC (ret.) (2007–2008): “Neill was the NAVC Exhibits founder, a believer and a champion of its mission, and on top of that a great friend. I had the privilege of working with him and his beloved VLS since the early ‘80s and benefited from his guidance as we put together publications for the companies I worked for. His presence at the old Washington Crossing Inn (where we lunched regularly to keep up as friends and colleagues) will be greatly missed and the void he left among those of us that had the honor to be considered his friends is immense.”

Lynne Johnson-Harris, LVT, RVT (2013–2014): “Neill will be missed. He was one of the most conscientious business people I have had the pleasure to work with over my 30 plus years in the industry. I met Neill back in his VLS days when I was on the speaker circuit for the VetTech Expos. I got to know Neill better when he took over the management of the Exhibit Hall for the NAVC. He would go out of his way to get things done for the exhibitors, no matter how much square footage they purchased at the Annual Conference. After he retired, he still found the time to come to the Annual Conference and ‘walk the Hall’ to make sure our exhibitors were happy. When Dr. Burrows asked the Board of Directors to approve funds to create the Neill P. Overman Award, there was no discussion at all, even from those that did not have the chance to meet and work with Neill. His reputation preceded him.”