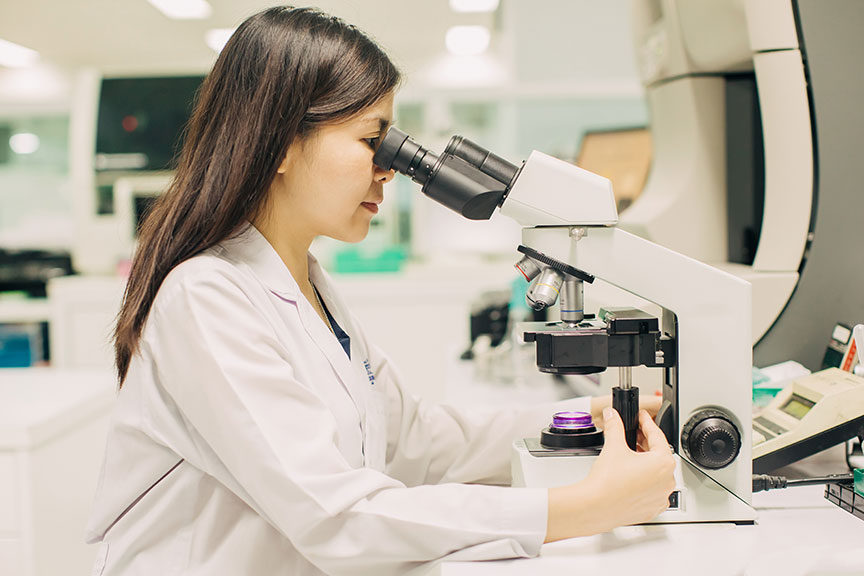 Five veterinary schools are receiving research grants from the V Foundation for Cancer Research in an innovative grant-making program that aims to accelerate research in the field of comparative oncology. Canine comparative oncology enables researchers from human and veterinary medicine to explore new cancer therapies for humans and dogs. As part of the program, the veterinary schools will work with cancer centers that treat people.

Researchers will explore treatments that will have better success and less toxicity for dogs and people, according to a news release from The V Foundation The foundation was founded by Jim Valvano — nicknamed Jimmy V — the late North Carolina State basketball coach, who died in 1993 after being diagnosed with adenocarcinoma.

Canine tumors often share multiple characteristics with human cancers, including responses to specific therapies. Some of the most prevalent cancers diagnosed in humans and dogs include sarcomas, melanoma, lymphomas, breast and bladder cancer. Cancer is the leading cause of death in dogs, with 1 in 4 developing the disease in his or her lifetime; while for humans, it’s 1 in 3.

“Canine comparative oncology is a simple idea,” says William Eward, M.D., a surgical oncologist at Duke Cancer Institute. “To understand cancer, we shouldn’t just study it in one species any more than we should study it in one person. By seeing what features a specific cancer displays not only across individuals but also across species, we can understand what are the key ‘drivers’ of that cancer.”

Researchers are emphasizing that they are not using research dogs; rather, they are treating and studying client-owned dogs.

“Pet dogs, specifically, are valuable for several reasons,” explains Eward. “First, there are quite a few cancers — such as osteosarcoma — that are far more common in dogs than in people. This gives us a better opportunity to encounter more patients than we would by studying humans alone. Second, because a dog’s life plays out in shorter periods of time than a human’s life, we can make discoveries more quickly. Third, comparative oncology provides benefits to both humans and dogs.

For every human child with osteosarcoma, there are at least 50 dogs with osteosarcoma. Dogs share our environment and have nearly identical immune systems, says Eward, so by studying dogs with sarcoma, we can learn more about this type of cancer and also have the opportunity to help “man’s best friend.”

The V Foundation, based in Cary, N.C., has awarded more than $700,000 in the past three years for canine comparative oncology research. More than $200 million in cancer research grants have been awarded since 1993, when Valvano founded the organization.

Duke and North Carolina State University have formed the Consortium for Canine Comparative Oncology, or C3O, which funds a number of comparative research projects. “There is one principal investigator from Duke and one from the NCSU College of Vet Med,” says Eward. “We have two ongoing clinical trials for dogs with osteosarcoma. One offers the drug bortezomib as single agent therapy and the other trial involves an old drug called niclosamide. This drug has solid anticancer properties, but has never been usable for this because of its poor chemistry. A physical chemist named David Needham has developed a new formulation of the drug, which is able to be soluble in the bloodstream.”