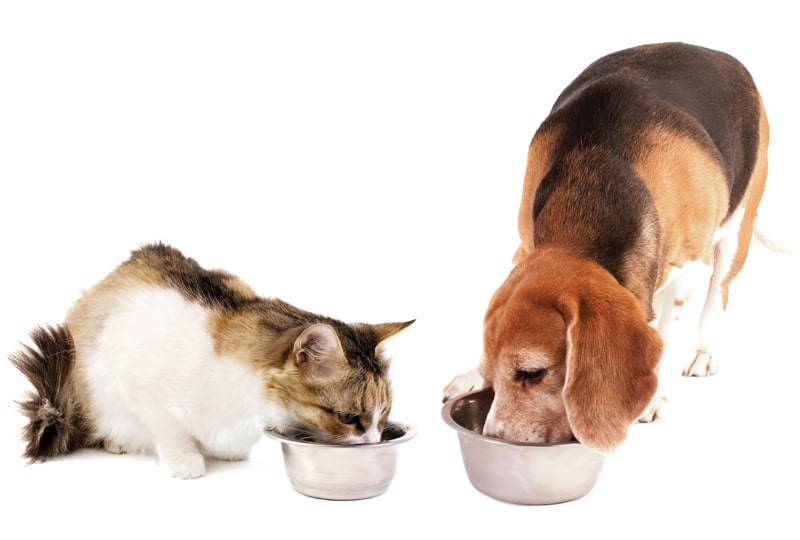 Nutritional assessment is a cornerstone of veterinary wellness care. Practitioners now encounter a number of new trends and controversies in small animal nutrition. This article examines the most common—grain-free, home-cooked, and raw diets—and addresses the controversy of carbohydrate/protein needs of feline patients.

Nutritional assessment is a cornerstone of veterinary wellness care, with recent guidelines encouraging a complete and thorough dietary evaluation for every patient.1

Much of the controversy in veterinary nutrition centers on suitability of particular ingredients used in commercial pet foods. The 2 primary concerns are:

However, the Food and Drug Administration (FDA) received a number of adverse event reports concerning these synthetic compounds, although such effects could not be replicated in laboratory studies at similar concentrations.

Nevertheless, the increasing preference for natural diets has prompted the replacement of such compounds with natural alternatives, such as tocopherols, rosemary extract, and other antioxidants.

WHAT ARE NATURAL PET FOODS?

A primary owner concern is lack of specificity concerning the definitions of:

These vague terms led to concerns that euthanized dogs and cats from animal shelters sent to rendering plants were used in commercial pet food formulations. The FDA investigated and failed to identify dog or cat DNA in pet food samples, although trace amounts of pentobarbital, likely administered to other species, were documented.5

The pet food industry relies on by-products from human food production given the large amount of leftover, nutrient-containing material.

Many natural foods incorporate similar ingredients but include specific descriptors, such as heart, kidney, or liver, to allay consumer fears regarding unknown ingredients.

The debate over biological requirements for nutrients versus perceived quality of dietary ingredients was magnified following the extensive pet food recalls for melamine and cyanuric acid contamination.6 Chinese suppliers intentionally added these compounds to wheat gluten to increase the food’s nitrogen content. Nitrogen is measured to approximate dietary protein content, often the most expensive part of any food.

The large number of confirmed and suspected cases of renal failure in pets fed contaminated food resulted in:

Many owners remain wary of mainstream commercial products; veterinarians must be prepared to objectively evaluate the nutrient composition of many different commercial diets.

AGAINST THE GRAIN: SHIFTING ATTITUDES ABOUT DIETARY STAPLES

Many pet foods rely on grains and grain products as a source of carbohydrate and protein. However, owners commonly regard these ingredients as fillers despite their nutritional composition.

In addition, some clients believe grains cause or worsen allergic disease.

Nutrient requirements are based on the best available, although often incomplete, scientific literature. The requisite daily dose may be affected by the concentration of other dietary nutrients. For example, the selenium allowance for adult dogs is based on requirements for growth when the needed amount is likely much higher and the requirement may be less in diets with high vitamin E levels.9

There are no definitive studies on advantages of grain-free foods, and no known disadvantages when compared to grain-containing foods of similar composition.

Cost per pound is likely higher due to increased reliance on animal ingredients, but an increased caloric density may decrease total daily cost compared to grain-containing foods.

Further study is necessary to understand the effects of grain-free foods; consideration of the macronutrient profile should allow clinicians to better evaluate nutritional adequacy for maintenance or therapeutic purposes.

Some pet owners cook food for their pets due to concerns about pet food ingredient sourcing and quality; these home-cooked diets may be viewed as an alternative to raw foods. A hybrid home-cooked diet of commercial pet food and prepared ingredients may be fed to overcome perceived dietary deficiencies.

Advantages of home-cooked feeding cited by owners include ability to:

The prevalence of such diets is unknown, but anecdotal information suggests they are common in oncologic practice and integrative medicine clinics.12

Home-cooked diets may be required when the patient has multiple nutrition-responsive diseases and no appropriate commercially-produced alternative exists. Some dermatologists also advocate home-cooked diets for short-term elimination trials.7

A consultation with a board-certified veterinary nutritionist who can assess the diet provides the most complete dietary analysis. However, several simple strategies for improving such diets can be employed if referral is declined (Table 2).

Low-grade evidence exists for both proponents and opponents of raw diets.

Further information and trials are necessary to compare raw diets to canned or dry diets of similar nutrient composition.

Raw foods are the most controversial of feeding practices.

The AVMA issued a statement discouraging the feeding of any animal source protein that has not first been subjected to a process to eliminate pathogens because of the risk of illness to cats and dogs as well as humans. Multiple publications have cultured bacteria from samples of raw diets, and Salmonella isolates have been identified in 6% to 20% of sample diets in various studies, with some resistant to multiple antibiotics.17,18

However, many raw diets are processed using pasteurization, freeze-drying, or dehydration and none in a small sample of these diets contained Salmonella.18 Conclusive, rather than theoretical, evidence for specific risk to human health is lacking.17 Many human infections of Salmonella in children have been linked to dry dog and cat foods, and most of the recent recalls were centered on dry, rather than raw, products.19

Cats are carnivores (versus dogs, which are omnivores) and display a number of metabolic adaptations consistent with an evolutionary history of obligatory prey consumption.

Many owners maintain that common medical conditions in cats, such as obesity, diabetes mellitus, and feline lower urinary tract disease (FLUTD), are all sequelae of feeding a diet high in carbohydrates.

Felids do have a higher protein requirement than dogs and humans, and require taurine as an essential amino acid.9 Cats also have:9

Cats utilize glucose as a metabolic fuel either after absorption of carbohydrates or through the conversion of amino acids to glucose via gluconeogenesis. The metabolic fate of many excess amino acids from protein is ultimately glucose, a carbohydrate.

Carbohydrates. The implications of feeding dry diets with higher carbohydrate concentrations are presently unknown due to conflicting evidence. Cats are known to absorb and utilize dietary carbohydrates, but some authors suggest that hepatic glucose uptake and glycogen storage may be limited.23

Noninsulin dependent diabetes mellitus in cats is primarily the result of obesity,23 and no conclusive studies link high carbohydrate intake to obesity. Most cats fed energy-dense diets in liberal quantities, regardless of composition, easily exceed their average metabolic needs of approximately 200 calories per day, predisposing them to weight gain.

Canned diets for cats contain about 80% moisture and result in relative diuresis as the water requirement for most cats is about 0.6 mL/kcal.9 Higher protein diets may exert a similar effect by increasing urine volume due to the effects of urea.9

Protein. The cat is adapted to high dietary protein intake and, therefore, such diets are metabolically appropriate and may offer some advantages in certain situations. Further work is necessary to determine the differences in long-term feeding of high-protein versus high-carbohydrate diets.

Commercial pet foods were designed for convenience and cost effectiveness, which led to the incorporation of plant-based ingredients. Owners desiring to feed their cats foods similar to what wild or feral cats eat can select a food that approximates the nutrient compositions listed previously.

FRINGE TO MAINSTREAM: NOVEL DIETARY STRATEGIES ON THE RISE

The rise in novel diets is a result of public concerns about ingredients and safety.