Learn about some novel parasites, ever-expanding geographic distributions, and new diagnostic techniques, as well as evidence-based recommendations that veterinarians can put into practice.

Dr. Herrin received his DVM and PhD from Oklahoma State University Center for Veterinary Health Sciences. His primary research objectives are focused on the epidemiology and control of ticks and tick-borne diseases. Some of his recent interests are the epidemiology of Lyme borreliosis in humans and dogs in North America, evaluation of diagnostic assays for tick-borne diseases, and surveillance of ticks and tick-borne diseases of horses. Although his research focus is on ticks, Dr. Herrin enjoys educating about all parasites of veterinary importance through diagnostic service and teaching/outreach opportunities. 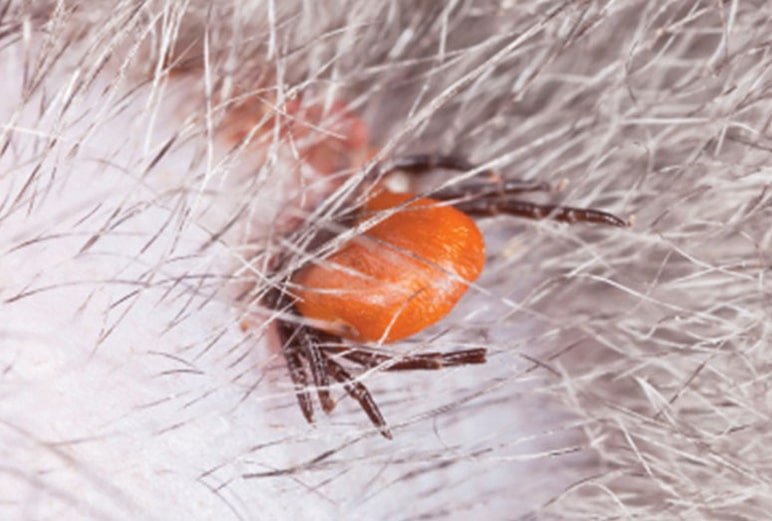 There are always those unusual cases that present to the clinic. Many of these patients’ diagnoses involve parasites imported from other areas due to translocation of pets, underscoring the importance of collecting a full travel history when providing patient care.

The American Association of Veterinary Parasitologists (AAVP) 2015 Annual Meeting took place July 11 to 14 in Boston during the American Veterinary Medical Association Convention. Organized as a joint meeting with both the Annual Livestock Insect Workers Conference (LIWC) and Biennial International Symposium on Ectoparasites of Pets (ISEP), the scientific sessions at this tripartite event described exciting advances in our understanding of companion animal parasitology.

As part of the NCVP’s ongoing commitment to advancing the understanding of parasitology in the veterinary profession, this article summarizes a few of the many clinically useful presentations shared at the meeting, including:

To review the full program of presentations, visit the AAVP website at www.aavp.org.

While the common happens, well, commonly, there are always those unusual cases that present to the clinic. Many of these patients’ diagnoses involve parasites imported from other areas due to translocation of pets, underscoring the importance of collecting a full travel history when providing patient care.

The novel parasites section of the AAVP meeting highlighted cases in which clinicians involved their veterinary parasitology colleagues to help make a difficult diagnosis of a rare or unexpected parasite. 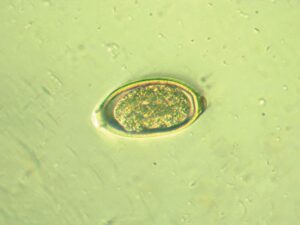 Figure 1. Eucoleus boehmi: Canine fecal flotation with centrifugation demonstrating the asymmetrical egg of E boehmi. These eggs are approximately 54 to 60 mcm by 30 to 35 mcm and must be differentiated from Trichuris vulpis, E aerophilus, and other capillarids in a canine fecal examination. Courtesy National Center for Veterinary Parasitology

Parasites on the Move: Canine Peritoneal Larval Cestodiasis in a Colorado Dog

Research continues to document the importance of parasites in ever-expanding geographic locales. This apparent spread of parasites is likely due to a number of different factors, including fluctuating climate patterns, changing habitat, movement of animals (and their parasites) to new areas, increased contact between animals, and even recognition of parasites where they likely have existed for some time.

A number of presentations focused on newly recognized geographic distributions of parasites and vector-borne disease agents.

The major tick species present in North America have been known for some time, but recent research has revisited the identity of some of these ticks using molecular as well as morphologic tools. Two presentations on this research were shared.

Genetic Diversity of Amblyomma Species in the Southern United States 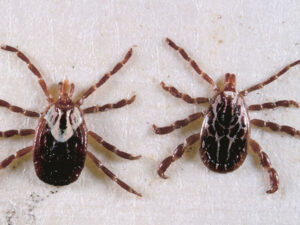 FIGURE 2. Amblyomma maculatum: A maculatum is known as the Gulf Coast tick; this figure shows a male and female of the species. Originally restricted to regions along the Gulf of Mexico, this tick is now found as far north as Kansas. A triste has similar variegated markings on its scutum, making morphologic differentiation of the 2 species difficult. Courtesy National Center for Veterinary Parasitology

Slow Kill Protocol Approach A description, the efficacy, and the problems associated with a slow kill protocol approach to heartworm treatment is addressed in Principles of Treatment: Canine Heartworm Disease (March/April 2015 issue), available at tvpjournal.com.

Diagnosing parasites accurately is a key component of clinical parasitology. Several presentations focused on the creation and validation of novel assays to enhance identification of parasitic infections in practice. 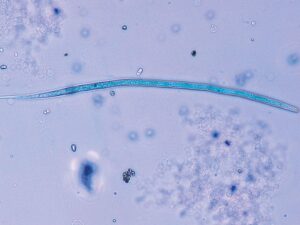 FIGURE 3. Dirofilaria immitis: Microfilaria of D immitis from a modified Knott’s preparation on whole blood. The microfilariae are approximately 295 to 325 mcm in length, and have a tapered head and straight tail. It is recommended that a modified Knott’s test be performed along with every heartworm antigen test. Courtesy National Center for Veterinary Parasitology 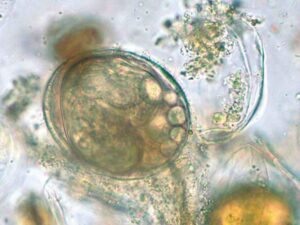 Modified Knott’s Technique A stepwise approach to the modified Knott’s technique is described in Heartworm Diagnostics: What Do the Latest American Heartworm Society Canine Guidelines Tell Us? (November/December 2014 issue), available at tvpjournal.com.

As shown in this brief review, the presentations at the AAVP Annual Meeting were focused on the future, highlighting novel parasites, geographic distributions, and diagnostic techniques. The AAVP continues to strive to provide evidence-based recommendations that clinicians can put into practice.