A Country Veterinarian’s Perspective: An Interview with Dr. Jan Pol 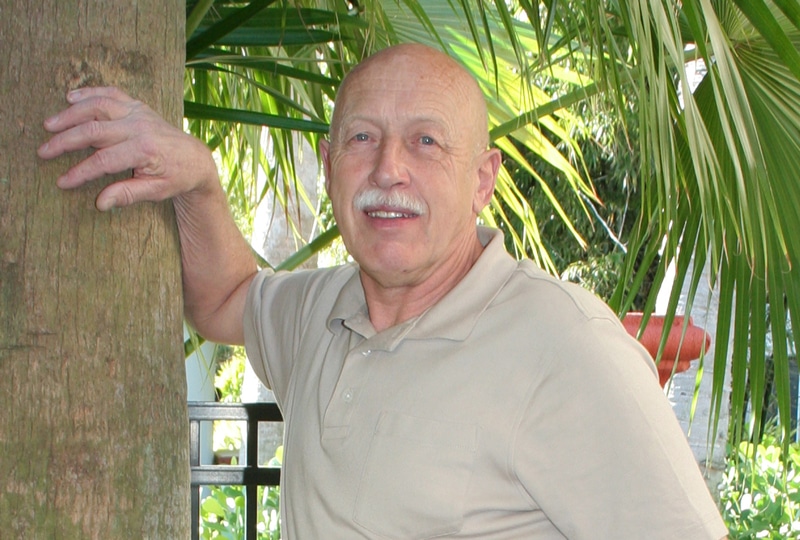 Mention the name “Dr. Pol” and most people immediately think of National Geographic Wild’s popular television reality show, The Incredible Dr. Pol. However, Dr. Pol’s story began long before his current television series. Born and raised in the Netherlands on his family dairy farm, he received his veterinary degree from Utrecht University and has been practicing veterinary medicine for over 35 years. His busy practice in Weidman, Michigan, has serviced over 19,000 clients since its doors opened in 1981. The practice is managed by Dr. Pol’s wife, Diane, and while his son, Charles, did not follow in his father’s veterinary footsteps, his work in the entertainment industry created the perfect platform to launch a television show documenting Dr. Pol’s practical approach to veterinary medicine.

Today’s Veterinary Practice had the opportunity to meet Dr. Pol at the NAVC Conference in Orlando, Florida, this past January and he graciously agreed to the following interview.

Describe your childhood in the Netherlands and what led you to pursue veterinary medicine.

I was the youngest of six children on a dairy farm in the Netherlands during World War II. When I was 12 years old, the local veterinarian had me come along to my brother’s farm to help with some small sows that were farrowing. That was the beginning of my interest in veterinary practice and I subsequently worked toward pursuing a veterinary medicine degree.

In 1954, my youngest sister moved to Ontario, Canada, and I became an exchange student in Michigan during 1961 to 1962, which allowed my parents to visit my sister in Canada. When I began studies at Utrecht University’s Veterinary College in the Netherlands (graduating in 1970), we were told that it would be impossible to practice in that country. As it turned out, of a dozen classmates, I am one of two that actually went into veterinary practice.

You started your practice in your garage and have since served over 19,000 clients—what are the secrets to your practice’s success?

My first experience after graduating was working for a veterinarian in Harbor Beach, Michigan. However, my wife, Diane, and I were eager to start our own practice here in Weidman, Michigan. When the practice opened in 1981, 80% of our practice was dairy, with the remaining 20% equine and small animals.

We worked out of a room built in the corner of the garage until the practice outgrew that small space. Diane and I managed to buy more property next door and build a clinic—a double-wide trailer, which was all we could afford with interest rates close to 20%.

Being a veterinarian means providing service to the clients. With my education in large animals and the experience I developed in practice, clients realized that I provided good service. I am honest and treat my clients the way I would want to be treated.

This approach is the reason why our practice grew and continues to grow. We now have three additional veterinarians and although we’ve had our turnover in personnel, I’ve helped some of them set up their own practices.

Describe a day in the life of filming your television series? How much does it differ from a day without the cameras present?

Our son, Charles, is interested in directing and producing movies and television shows, so he and his friends developed the idea of a reality show involving my veterinary work. I never thought that the show would become so popular.

We are very busy in the practice and having all the filmmakers around slows me down some but after a while a routine develops. It is amazing how small a portion of each day is used in the show, so “reality” is still heavily edited and made entertaining. Without the film crew there, the day is smoother because we are not held up by interviews with the clients but otherwise it is business as usual.

What have been your most memorable moments as a veterinarian?

There have been many moments, like birthing a live two-headed calf or seeing a snake that was being eaten by a rat instead of vice versa. Also, the community stands by us and gives us awards that I don’t think we deserve because we “just do our job.” For example, we have been chosen the top practice in the People’s Choice Awards for the last 10 years straight. These are moments we treasure and remind us that our hard work is appreciated and worthwhile.

Most of the good times are easy to remember (and some of the bad!), but Diane and I have made those memories together. We have traveled many times with the family overseas to other foreign countries. We’ve tried to show our children as many different cultures as possible.

Your life is full of truly incredible experiences—what is your advice to young veterinarians who are just starting out in the profession?

For young veterinarians starting out now, it is much harder than 40 years ago. There are so many more areas of specialization. My advice is to listen, learn, be honest, be available and, most important, use common sense. Don’t be afraid to try new things or procedures. When your work is good, clients will come.