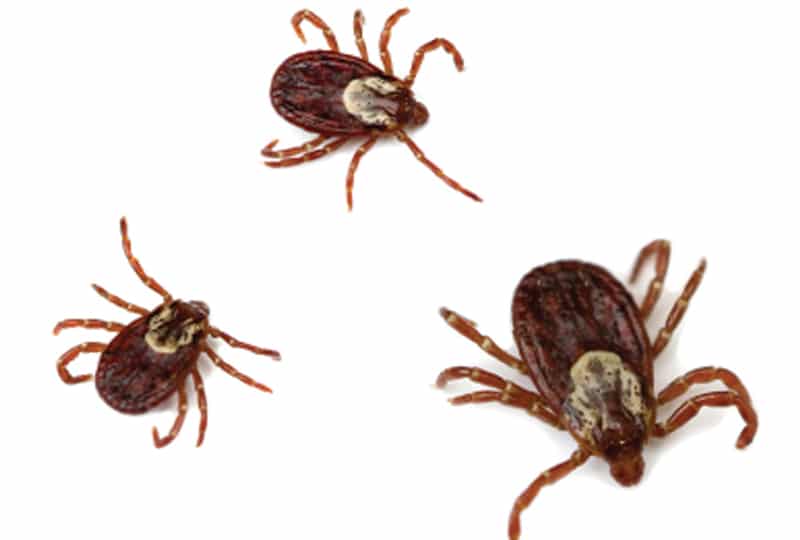 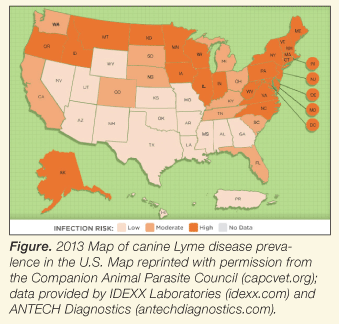 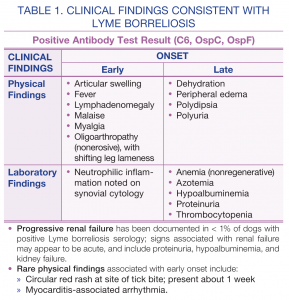 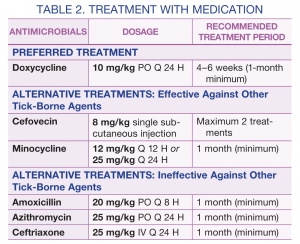 3. Avoid At-Risk Regions
Encourage owners to avoid traveling with their dogs to regions inhabited by the Ixodes tick. However, if dogs must travel to, or reside within or in the periphery of, Lyme endemic regions, especially during period of increased tick activity (spring/summer/fall) highly recommend application of a tick preventive as well as vaccination.