Rodenticide Poisoning: What to Do After Exposure 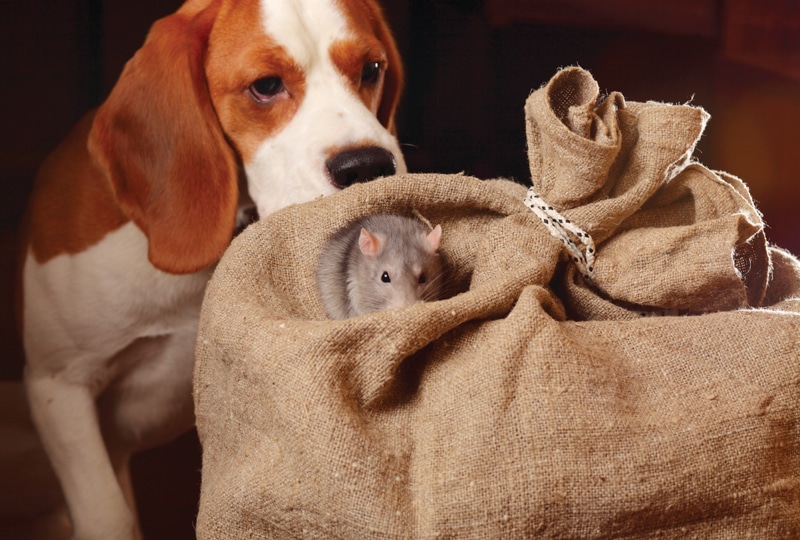 While anticoagulant rodenticide poisoning is dangerous to the patient and frightening for the owner, there are many positives when managing exposure to this pest control chemical.

The clinician must keep in mind that it is very important to verify the active ingredient in the rodenticide product since there are multiple types of rodenticides and the color or shape of the bait is not coded to a specific type of rodenticide. Additionally, many animal owners may use the term d-CON (rb.com) to refer to any rodenticide, regardless of the brand name or type.

In the past, most patients were exposed to anticoagulant rodenticides. However, clinicians can expect to see an increase in the number of bromethalin and cholecalciferol cases seen in their practices due to Environmental Protection Agency regulations that went into effect June 2011, which limit the sale of second-generation anticoagulant rodenticides in the consumer market.

For patients that have recently ingested an anticoagulant rodenticide, the clinician should consider performing decontamination. Clinicians most commonly choose to induce emesis.

If emesis is unsuccessful or contraindicated by underlying conditions, such as severely brachycephalic patients and those with seizure disorders or significant cardiovascular disease, the clinician may instead give one dose of activated charcoal with a cathartic.

For patients presented over 8 hours after ingestion, emesis or activated charcoal is unlikely to be effective.

After deciding if decontamination is warranted, the clinician must then choose to either:

If the clinician decides to monitor PT, a baseline should be run and then repeated at 48 and 72 hours after exposure. The baseline PT is very important because it determines the degree, if any, of exposure to anticoagulant rodenticides.

No treatment is necessary if PT remains normal after 72 hours. However, any elevation in PT warrants treatment with vitamin K1 (see Prophylactic Vitamin K1 Therapy).

The clinician should remember that vitamin K1 administration can result in normal PT values because new clotting factor synthesis only requires 6 to 12 hours. Therefore, if PT is being monitored, no vitamin K1 should be given. 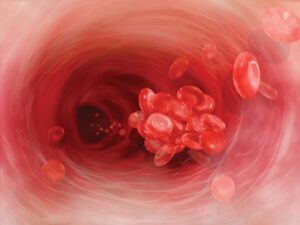 For patients that are actively bleeding on presentation, stabilization is critically important. Decontamination measures are not appropriate in the symptomatic patient since exposure would have occurred 3 to 5 days prior.

It is important to remember that bleeding can occur anywhere in the body and many poisoned animals are not presented to the veterinarian until clinical signs develop.

The clinician must first determine the extent of the patient’s blood loss. Physical examination findings coupled with packed cell volume (PCV)/total solids (TS), a coagulation profile (if possible), and potentially thoracic and/or abdominal radiographs or ultrasound will help the clinician decide the best course of treatment.

Significant hemorrhage, especially into a noncompressible location, such as the pleural space, brain, or abdomen, should be addressed by providing clotting factors with plasma or fresh whole blood. Whole blood is preferable if marked anemia is present (PCV < 25%). However, fresh plasma, fresh-frozen plasma, or cryoprecipitate-poor plasma can be used.

If whole blood or plasma products are not immediately available and the patient is experiencing life-threatening bleeding into the chest or abdominal cavity, an autotransfusion can be performed. This will replace oxygen-carrying capacity while a source of clotting factors is being found.

If not already performed, a coagulation profile should be run once stabilization measures have taken place, preferably with a blood sample taken before the transfusion started. 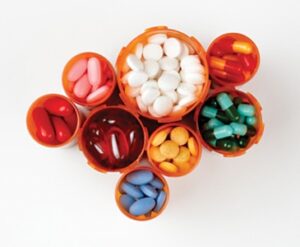 Once stabilized, the patient should receive vitamin K1 at 3 to 5 mg/kg PO divided Q 12 H given with a fatty meal to aid in absorption. Once vitamin K1 is supplemented, it takes at least 6 hours for the patient to regenerate clotting factors.

The patient should be hospitalized until PT is normal. When the patient is discharged, vitamin K1 therapy should be continued for the time frames listed under Asymptomatic Patients. PT should be checked at 48 to 72 hours following the last dose of vitamin K1, which can be discontinued if PT is normal. If PT is increased, therapy with vitamin K1 should be reinstituted for another 2 to 3 weeks; then PT retested. The owner should restrict exercise during this time.

If possible, avoid the use of other highly protein-bound drugs during the course of treatment.

Camille DeClementi, VMD, Diplomate ABT & ABVT, is the Senior Director of Medical Records for the American Society for the Prevention of Cruelty to Animals (ASPCA). She oversees the quality, consistency, and integrity of medical records for the following ASPCA programs: the Animal Poison Control Center, Bergh Memorial, and Spay/Neuter programs. Dr. Clementi also provides staff training and is a media spokesperson for the Animal Poison Control Center. In addition to speaking on various clinical veterinary toxicology issues, she is a certified veterinary journalist (CVJ) and has authored peer-reviewed articles for the Journal of Veterinary Emergency and Critical Care and Veterinary Medicine. Dr. DeClementi received her veterinary degree from University of Pennsylvania. She practiced emergency and general medicine in Pittsburgh and Tennessee and was a past co-owner of the Animal Emergency Clinic in Campaign, Illinois, prior to her current position.