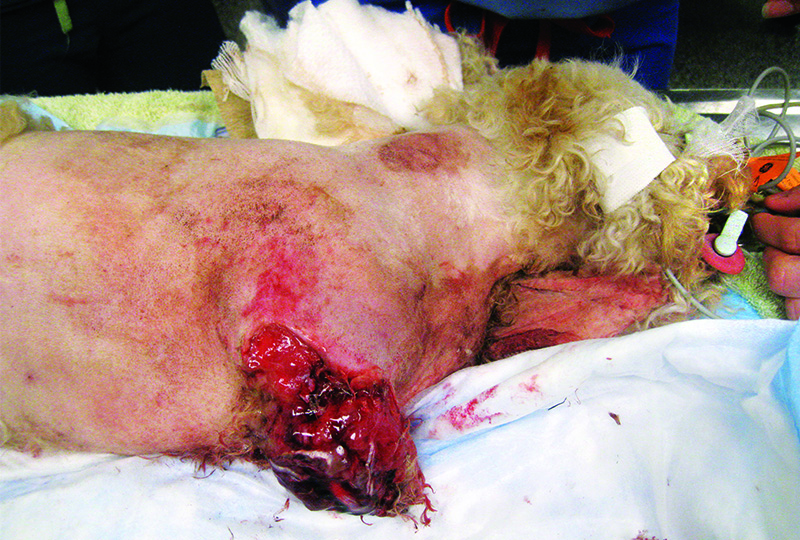 Small animals frequently present to veterinarians with vague signs of illness. The decision whether to treat dogs or cats symptomatically as outpatients or immediately perform diagnostics and recommend hospitalization requires an astute clinician and logical approach to:

Animals with evidence of a widespread systemic inflammatory condition should never be ignored; the deleterious consequences of excessive inflammation may include organ injury and death.

Recognition and diagnosis of these emergent patients is the focus of Part 1 of this article series; Part 2 will review stabilization and treatment. 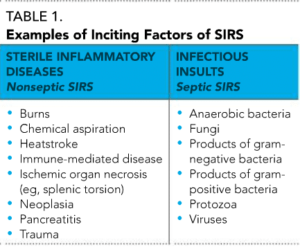 Read the ACCP/SCCM Consensus Conference Committee’s Definitions for Sepsis and Organ Failure and Guidelines for the Use of Innovative Therapies in Sepsis at journal.publications.chestnet.org/data/journals/chest/21647/1644.pdf.

The term SIRS was first introduced by the American College of Chest Physicians and Society of Critical Care Medicine (ACCP/SCCM) Consensus Conference in 1991, in an attempt to emphasize the importance of the inflammatory process as a systemic contributor to organ failure in patients with sepsis.1

In sites of localized tissue damage or infection, it is well known that the localized inflammatory response is characterized by 5 cardinal signs—heat, pain, redness, swelling, and loss of function—which are caused by local capillary dilation and an increase in permeability, and occur in order to protect the host and eliminate noxious agents and injured cells.

However, in patients with SIRS, severe local or regional inflammation leads to an “overflow” of inflammatory mediators into the systemic circulation that results in a variety of global derangements that are characterized by vasodilation and increased vascular permeability.

The distinction between SIRS and sepsis is based upon the presence or absence of underlying infection (Table 2). 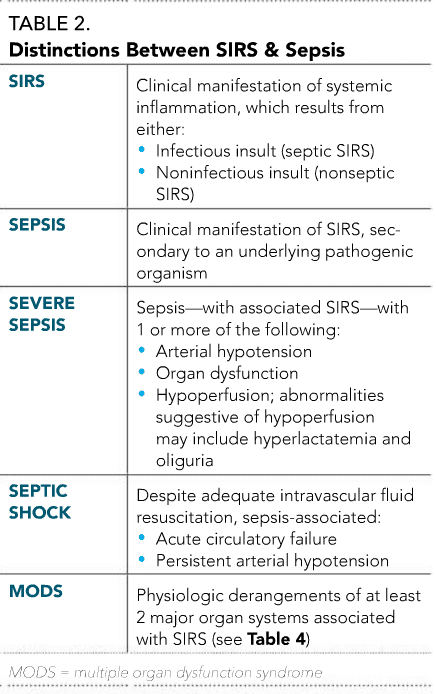 Clinical manifestations of SIRS and sepsis are often nonspecific and vary depending on the underlying disease process; historical findings also differ and may be nonspecific (Table 3).

It is important to note that clinical signs of SIRS differ in dogs and cats. Cats frequently do not develop a hyperdynamic response (ie, no red mucous membranes nor bounding pulses) and are more likely to have relative bradycardia and hypothermia.2,3 In 1 study, bradycardia was identified in 66% of cats, highlighting the difference between dogs and cats with regard to their physiologic responses to sepsis.2 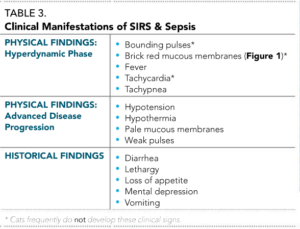 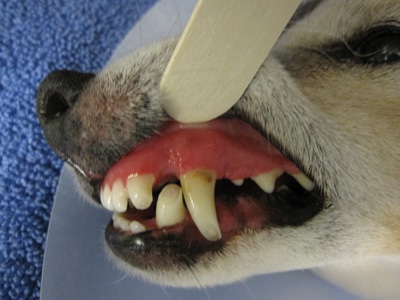 FIGURE 1. Brick red mucous membranes of a dog in the hyperdynamic phase of SIRS.

Criteria proposed for the diagnosis of SIRS have been extrapolated from the human medical literature for use in dogs and cats.

Table 4 outlines the clinical criteria that provide the best sensitivity and specificity in diagnosing SIRS in septic and nonseptic dogs and cats.2,4

Patients with SIRS and/or sepsis should have a complete blood count, serum biochemical profile, urinalysis, and coagulation testing performed. Animals with SIRS frequently have concomitant organ injury or dysfunction that must be detected early in order to determine appropriate therapy, monitor for changes, and assist with prognosis.

Hematologic and biochemical changes in small animals with sepsis typically reflect the underlying disease process and secondary indices of organ dysfunction, as outlined in Table 5. 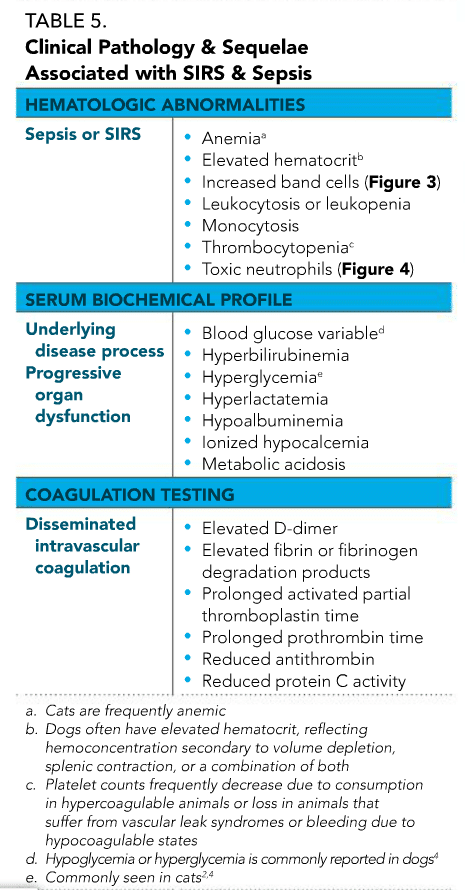 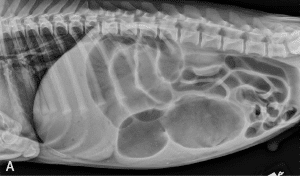 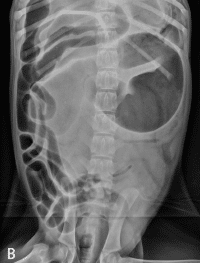 FIGURE 2. Lateral (A) and ventrodorsal (B) abdominal radiographs from a dog with partial mesenteric torsion and ileocolic intussusception. This dog presented with vomiting and clinical signs consistent with septic shock. 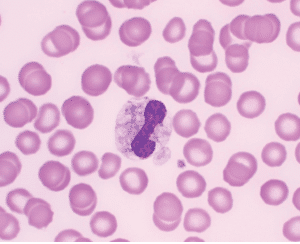 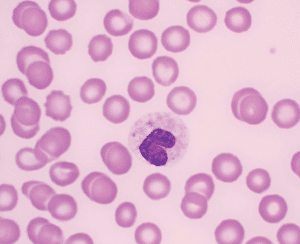 Specifically, hypoalbuminemia is likely due to 1 or more of the following:5

Hyperbilirubinemia may be secondary to cholestasis in dogs and, possibly, hemolysis in cats. Ionized hypocalcemia is associated with a longer length of hospitalization in both dogs and cats.6,7

Coagulation testing may reveal abnormalities associated with disseminated intravascular coagulation (DIC) due to:8

Animals with SIRS or sepsis are initially hypercoagulable (this can be difficult to diagnose), but often develop hypocoagulability due to consumption of clotting factors. Changes consistent with later stages of DIC are outlined in Table 5.9

In patients with suspected SIRS/sepsis, additional diagnostic tests should include mixed venous or arterial blood gas measurements and measurement of serum lactate. Many patients have a metabolic acidosis that reflects poor tissue perfusion and hyperlactatemia.
Thyroid function tests are frequently deranged in dogs with sepsis or SIRS, but these tests are usually not part of the initial evaluation of these patients.10

Urinalysis abnormalities may include isosthenuria due to loss of concentrating ability, proteinuria due to glomerular and/or tubular damage, glucosuria due to tubular damage and/or hyperglycemia, bacteria (if a urinary tract infection is present), pyuria, hematuria, and casts secondary to acute kidney injury.

Thoracic and abdominal imaging (radiographs and ultrasonography) should be performed in all patients with suspected SIRS or sepsis. Diagnostic imaging should focus on detecting the underlying infectious or sterile inflammatory disease process (eg, pancreatitis), as well as any coexisting secondary organ damage (eg, acute respiratory distress syndrome) (Figure 2).

A diagnosis of sepsis can be made once infection is documented and the patient fulfills the species specific criteria for SIRS (Table 4). Patient history and physical examination may initially help guide the search for the source of infection.

Appropriate samples (Table 6) should be collected for culture and susceptibility testing to identify the cause of sepsis and best direct antimicrobial therapy. Aerobic and anaerobic gram-negative and gram-positive bacteria are both frequently cultured from septic dogs and cats, depending on the source of the infection.3

In addition to culture and sensitivity testing, fecal testing should be considered in animals with hemorrhagic diarrhea (eg, parvovirus, salmonellosis). Cats should be tested for retroviral diseases, and dogs tested for rickettsial diseases, fungal diseases, and other infectious agents based on regional epidemiology or travel history. 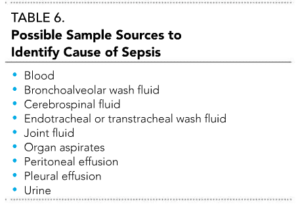 Baseline cardiopulmonary function should be established since the underlying disease, cytokine-mediated effects, and secondary organ derangements may lead to abnormalities in any or all of the following:

The pathophysiologic mechanisms responsible for generation of SIRS are complex and incompletely understood. The initial insult that stimulates SIRS can come from a variety of sterile sources or infectious agents (Table 1).

The inflammatory response may initially start locally (eg, abscess on a limb, trauma) (Figure 5) but, if severe, can progress to cause systemic signs when mediators of inflammation enter the circulatory system and instigate global activation of the inflammatory system. 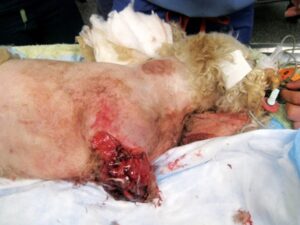 FIGURE 5. A dog with trauma resulting in global activation of the inflammatory system.

Although certain cells, such as platelets, polymorphonuclear leukocytes, and the endothelium, also play a role, it appears that the stimulation of macrophages (Table 7) and their release of inflammatory cytokines are pivotal in the generation of SIRS. 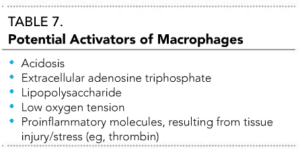 During gram-negative sepsis, the lipid A portion of lipopolysaccharide (LPS)—the glycolipid component of the cell wall—binds to LPS binding protein (LBP). This LPS—LBP complex binds to membrane-bound CD14 on macrophages, and this binding leads to:

Although CARS beneficially balances out the proinflammatory state often seen with SIRS, excessive CARS stimulation may contribute to immunodeficiency and increased susceptibility to infection in the later stages of sepsis.11,12 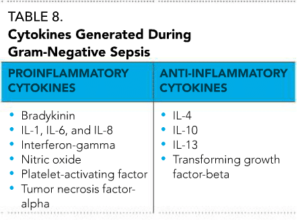 When the immune system is fighting pathogens or repairing damaged tissue, proinflammatory cytokines signal immune cells, such as T-cells and macrophages, to travel to the site of infection. In addition, cytokines activate these recruited immune cells to produce more cytokines.

While cytokines trigger a beneficial inflammatory response that promotes local coagulation to confine tissue damage, excessive production of proinflammatory cytokines can be more dangerous than the original stimulus because they:

This production of a “cytokine storm” and global activation of white blood cells (WBCs) ultimately overwhelms the CARS, becoming the key component in the pathogenesis of SIRS. The diagnostic and prognostic utility of serum cytokine levels in animals with sepsis and SIRS is the subject of recent and continued investigation.5,13-20 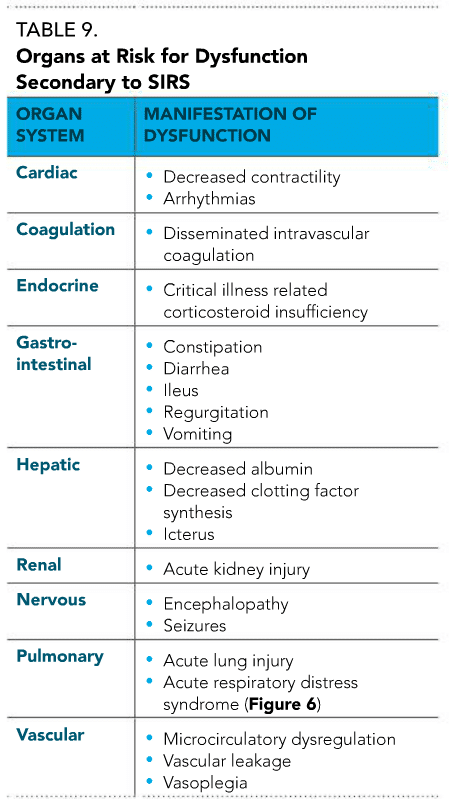 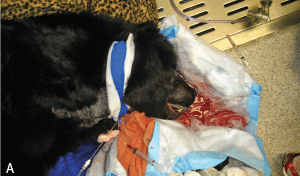 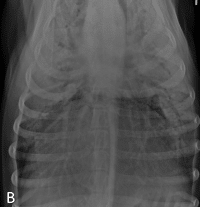 In addition to systemic activation of WBCs, other pathologic effects of inflammatory mediators include:

Mitochondrial dysfunction, which leads to a reduction in cellular adenosine triphosphate, is thought to play an important role in development of organ dysfunction and/or failure. This mitochondrial failure likely occurs secondary to tissue ischemia, resulting from:

In the lungs, however, acute respiratory distress syndrome results directly from inflammation rather than mitochondrial dysfunction.

These deleterious sequelae of systemic inflammation can lead to the syndrome of multiple organ dysfunction (MODS) (Table 9). MODS—characterized by abnormalities in organs that were not affected by the original insult—is associated with a high morbidity and mortality rate; there is a 20% increase in mortality for each failing system.21 The resulting organ damage may resolve partially or completely once the underlying cause of inflammation has been successfully treated.

Animals with septic or nonseptic SIRS frequently develop microcirculatory dysfunction in which there is a decrease in density of capillary vessels and decrease in flow of red blood cells within the functional microcirculatory vessels (arterioles, venules, and capillaries). In addition, heterogeneous distribution of blood frequently occurs and the normal mechanisms to increase or decrease blood flow to a particular tissue bed are deranged secondary to the effects of cytokines. The end result is cellular hypoxia and organ dysfunction. 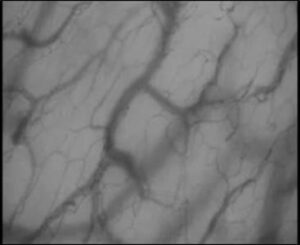 Normal microcirculation. Note the large number of capillaries that allow movement of only one red blood cell at a time. 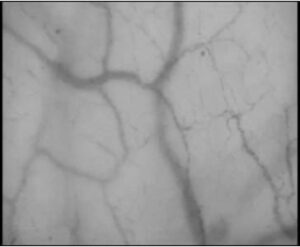 Microcirculation of a dog with septic peritonitis. There are few capillaries visible, indicating microvascular shunting and decreased perfusion of the associated tissue.

Once a patient has been identified as having clinical evidence of SIRS—with or without sepsis—it is paramount that rapid treatment is initiated to:
Correct the underlying disease process(es)
Restore oxygen delivery to the tissues, using goal-directed therapy to maximize the chance for a successful outcome.

These treatment modalities will be discussed in-depth in Part 2 of this article series, which will be published in an upcoming issue of Today’s Veterinary Practice.

Deborah Silverstein, DVM, Diplomate ACVECC, is an associate professor of critical care at University of Pennsylvania Ryan Veterinary Hospital. Her primary research interests include diagnosis and treatment of circulatory shock, microcirculatory imaging in small animals, vasopressor therapy, and fluid therapy. Dr. Silverstein is the co-editor of the Small Animal Critical Care Textbook, speaks both nationally and internationally about numerous topics relating to critical care medicine in small animals, and has published numerous articles based on her research interests. For questions or comments, she can be reached by email at [email protected]