The decision on whether to vaccinate dogs against Lyme disease remains an ongoing debate. Two veterinarians present differing viewpoints. 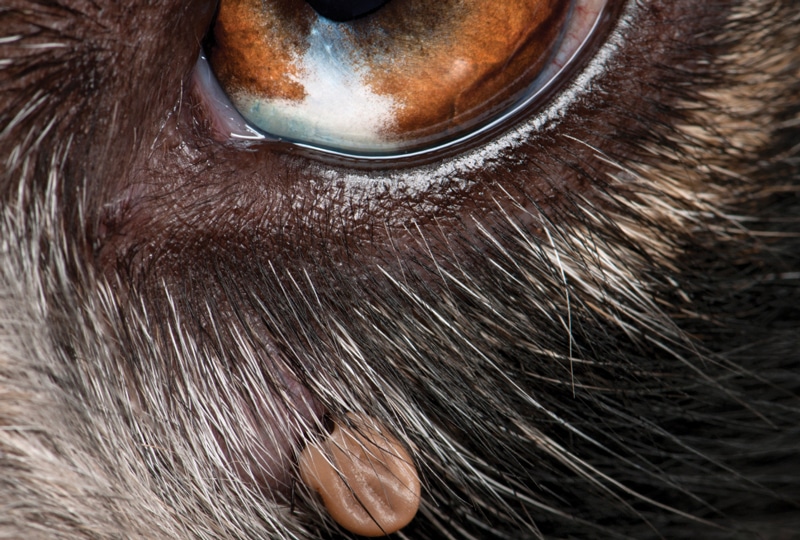 FIRST, DO NO HARM: LYME DISEASE VACCINATION MAY PRESENT MORE RISKS THAN BENEFITS 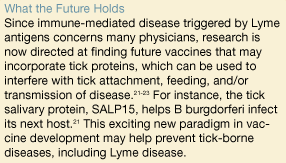 Compared to humans, dogs are lucky. There are currently 4 extremely safe, effective, and reliable vaccines7-9 (Table) on the market that have all been through the United States Drug Administration licensing requirements for safety, efficacy, purity, and potency. 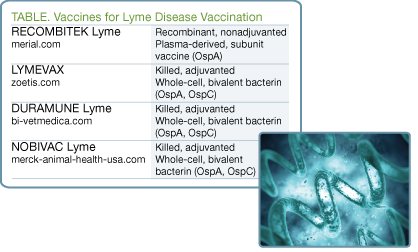 EFFICACY OF THE VACCINE 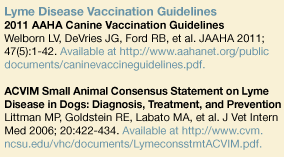