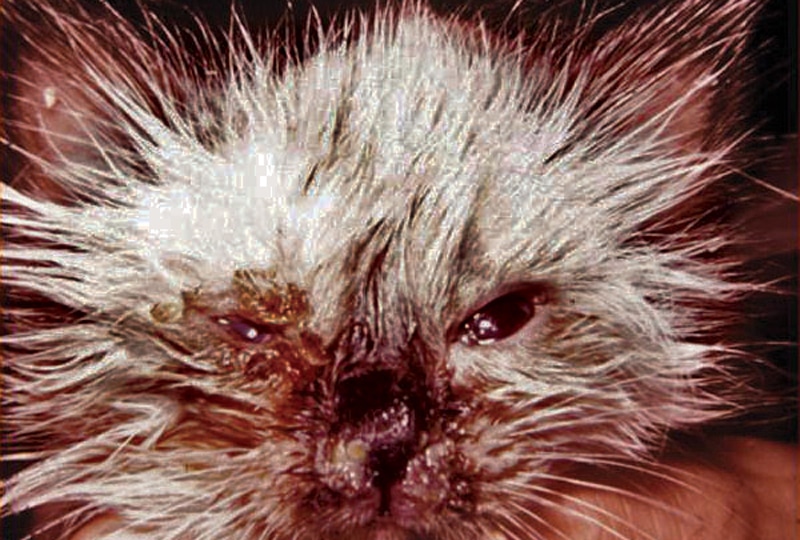 Dr. Ford highlights the several important variables that influence both the justification to vaccinate for feline infectious respiratory disease and the quality of immunity derived from vaccination.

Four vaccines are currently available to aid in the prevention of upper respiratory disease (URD) in cats associated with exposure to (Table 1):

However, several important variables influence not only the justification to recommend vaccination but the quality of immunity an individual cat derives following administration of a vaccine.

Feline Herpesvirus-1
Feline herpesvirus-1 (FHV-1) is the respiratory pathogen that causes the most severe clinical signs in cats. 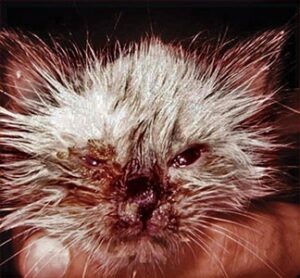 Figure 1. A 5- to 6-week-old kitten infected with feline herpesvirus-1

Disease Course. Kittens are the most susceptible to exposure, especially as maternally-derived antibody (MDA) levels decline. Cats that survive initial infection develop a latent infection that typically persists for the life of the cat. Cats latently infected with FHV-1 can manifest episodic reactivation of the latent herpesvirus, with viral shedding often following pharmacologic (eg, corticosteroid administration) or physiologic stress.1

Feline calicivirus (FCV) infection is highly prevalent in the feline population. Over 40 strains of FCV have been identified, some of which mutate to become highly virulent, or virulent systemic (VS), FCV strains.

Clinical Signs. Most strains cause acute upper respiratory signs characterized by sneezing and oral/nasal ulceration. Secondary bacterial infections are common and may culminate in pneumonia and death, particularly in kittens. Although uncommon, VS calicivirus can cause edematous and ulcerative skin infections, hemorrhagic syndromes, pancreatitis, jaundice, and high mortality.2

Transmission of feline URD, whether viral or bacterial in origin, most often occurs following direct cat-to-cat contact with infected nasal, ocular, or oral secretions.1,3 Indirect contact with contaminated sources (feeding dishes, clothing, hands) also transmits these diseases. Transmission through aerosolized microdroplets from infected cats can occur over short distances (less than 3–4 feet), but is not regarded as a primary route.4 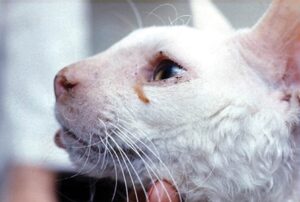 Chlamydophila felis, a gram negative intracellular bacterium, is a minor pathogen in the spectrum of agents that cause feline infectious URD.

Chlamydophila felisClinical Signs. Although sneezing and nasal discharge can occur during infection, conjunctivitis with chemosis and mucoid ocular discharge are the most common clinical manifestations (Figure 3). 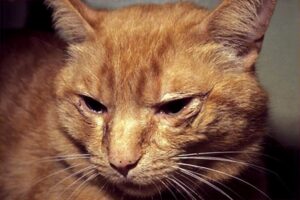 Figure 3. Conjunctivitis and chemosis in an adult female cat confirmed to have Chlamydophila felis

Bordetella bronchiseptica, a gram negative bacterium, has adapted to the respiratory tract of several species, including humans, and exists as part of the normal respiratory flora of many cats and dogs.

Clinical Signs. Clinical signs of feline bordetellosis are characterized by cough and, occasionally, bronchopneumonia. Ocular and nasal discharge have also been observed.

Disease Course. For yet undetermined reasons, B bronchiseptica is able to up-regulate a virulence gene complex, resulting in the release of potent toxins capable of causing severe upper and lower respiratory disease in dogs and cats.5 Kittens, especially those co-infected with feline viral URD (FVURD), may develop fatal complications associated with pneumonia. In contrast, primary bordetellosis in adult cats appears to be uncommon.1

Three types of combination FHV-1 plus FCV vaccine are available; an inactivated, bi-valent FCV vaccine is also available. Most vaccines sold in the U.S. and Canada are combined with other vaccines (eg, feline parvovirus or feline leukemia).

FVURD continues to represent a significant health threat to the feline population. Mortality is typically low among infected cats, especially if supportive medical therapy is available. Morbidity, on the other hand, is particularly high…despite routine vaccination.

Cats housed in high-density environments are at significant risk for infection. Individuals responsible for the management of these populations face significant financial risk associated with treating large numbers of affected cats or the need to depopulate.

Cats are not expected to develop protective (sterile) immunity following vaccination against either C felis or B bronchiseptica.7 Vaccination is only expected to mitigate, not prevent, clinical signs.

Furthermore, the prevalence of clinical disease associated with C felis appears to be relatively low in the U.S. and Canada, especially among household cats. Determining risk for infection among individual cats, however, is complicated by the paucity of epidemiologic studies. Estimates of infection range from 10% to 30% of cats with upper respiratory signs; C felis has been recovered from a small percentage of cats without clinical signs.8

B bronchiseptica can be recovered as part of the normal bacterial flora from the respiratory tract of healthy cats. The role of B bronchiseptica as a single-agent infection in cats with respiratory disease has not been determined; therefore, it is particularly difficult to assess disease risk and indications for vaccination.

The limitations cited justify categorizing these vaccines as noncore. Additionally, both C felis and B bronchiseptica are susceptible to doxycycline (10 mg/kg Q 24 H, or 5 mg/kg Q 12 H, PO for 7–10 days), which can be administered to treat an active infection.

Adjuvant: A chemical, microbial, constituent, or mammalian protein commonly added to killed (inactivated) vaccine to enhance the immune response to a selected antigen.

Attenuated (avirulent live and -live): Vaccine that contains the live virus or bacteria as the immunizing antigen. The virulence of the organism (antigen) is reduced, but is still capable of infecting cells and replicating following inoculation.

Killed, or inactivated: Vaccine that contains killed virus or bacteria as the immunizing antigen; following inoculation, the antigen is incapable of infecting cells or replicating.

Despite the limitations outlined, all cats should receive the initial series of vaccines against FHV-1 and FCV. The revaccination interval varies depending on the exposure risk of the individual cat:

The recommendation to vaccinate against C felis or B bronchiseptica should, on the other hand, be limited to:

Vaccination of individual household cats living in low-density environments is unlikely to be necessary, and veterinarians should use discretion when recommending vaccination against chlamydiosis and bordetellosis.

Physical separation of vaccinated cats from nonvaccinated cats and, when feasible, separating cats with a known history of respiratory disease is important in reducing the risk of exposing healthy cats to chronic carrier cats. Also, separating susceptible kittens from the adult (chronic virus carrier) population is fundamental in reducing the incidence of acute infections, particularly with FHV-1 and FCV.

Within high-density populations, feeding should be ordered in such a way that healthy cats are fed first and cats with signs of upper respiratory disease are fed last. Ideally, disposable gloves should be used between cats or between cages of cohoused cats. Disposable feeding bowls should also be used; however, if using washable food bowls, soak bowls in fresh solution of 1 part household bleach to 30 parts water (1:30). Allow bowls to thoroughly dry before using.

Adequate ventilation, defined as 16 air exchanges per hour, is important to:

Why does FVURD continue to pose such a significant threat to the feline population if vaccination against these virus infections is routine and widespread?

First, both FHV-1 and FCV are readily transmitted when infected cats are housed with susceptible cats. Second, FHV-1 and FCV vaccines currently sold in the U.S. and Canada do not provide “sterile” immunity.

What is sterile immunity?

The immunity a cat derives from vaccination does reduce the severity of clinical signs subsequent to exposure and infection; it does not, however, prevent infection nor does it prevent development of a carrier state and viral shedding.1 The immune response to both FHV-1 and FCV vaccination is, therefore, deemed “non-sterile” (regardless of the product used and route of administration). In contrast, the immune response subsequent to feline parvovirus (panleukopenia virus) vaccination is considered “sterile”; vaccinates receive protection from both infection and clinical disease if exposed.

How do you reduce the risk for infection?

As long as the number of cohoused cats remains low, exposure risk is low, and vaccination offers satisfactory protection. However, as the number of cats within a household increases, the risk that chronic virus carrier (viral shedding) cats will be introduced also increases. Vaccinated cats, if exposed, become infected and are likely to become chronic virus carriers. Susceptible, nonvaccinated cats, on the other hand, will become infected and develop the full spectrum of clinical signs of acute-onset upper respiratory infection.

To what degree is FVURD prevalent in the feline population?

Chronic virus carrier cats are highly prevalent in the population and disease is endemic in high-density populations. In addition, shelter-housed cats and those residing in rescue facilities have high infection rates despite routine vaccination. As the proportion of young, susceptible kittens within the population increases, the risk for serious clinical disease can be expected to increase as well.

Management of infectious respiratory disease in high density populations is complicated by the following: