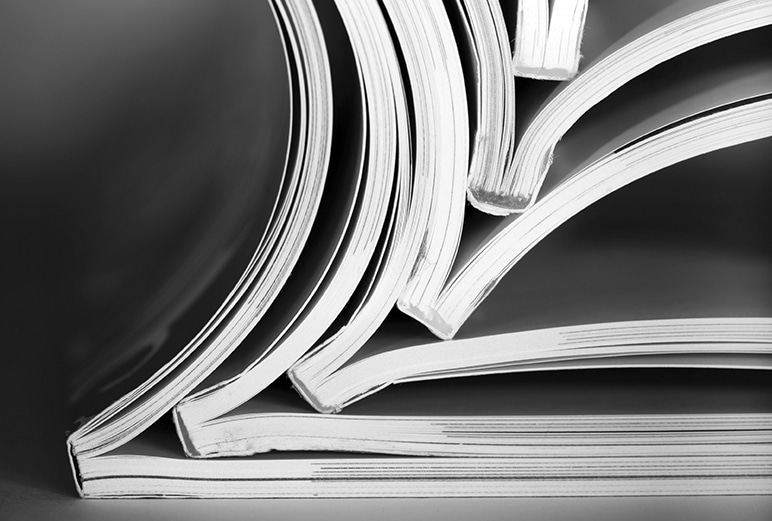 The tibial plateau leveling osteotomy (TPLO) procedure has become widely accepted as a successful technique in treatment of cranial cruciate ligament rupture (CCLR) despite the technical demands of the procedure and potential for complications. Cadaveric models have shown that TPLO mitigates the cranial tibial subluxation that results from CCLR, thereby stabilizing the stifle.

The purpose of this study was to assess the effect of TPLO on femorotibial subluxation during standing in dogs with CCLR. Fifteen dogs with naturally occurring CCLR underwent TPLO and were examined 1, 3, and 6 months postoperatively with non–weight-bearing and standing radiographs and force-platform analysis. The radiographic distance between the origin and insertion of the CCL was measured and used to document the degree of cranial tibial luxation.

Five of the 15 dogs had asymptomatic persistent cranial tibial subluxation at 2 or more postoperative evaluations; 4 of those dogs had required hemimeniscectomy at the time of TPLO surgery. The authors concluded that when the medial meniscus was intact, the TPLO procedure alleviated cranial tibial subluxation as seen on standing radiographs; however, if the meniscus was torn, requiring hemimeniscectomy, postoperative subluxation was not entirely prevented by the procedure. Despite the presence of persistent subluxation in some dogs, all that underwent TPLO had resolution of their lameness.

Thymoma is a sporadically appearing disease in rabbits; clinical signs include increased respiratory effort and dyspnea, exercise intolerance, and bilateral exophthalmos. This retrospective study compiled the clinical features of 13 pet rabbits with mediastinal masses, all of which were confirmed to be thymoma. Treatment options for these rabbits included euthanasia, supportive care, and thoracotomy. Of 7 rabbits undergoing thoracotomy, survival time was 3 days or less in 5 cases. The remaining cases reported survival times of 955 and 180 days. Supportive therapy in 2 rabbits consisted of aspiration of a mass-associated cyst in both animals, with the addition of prednisone in 1 case. Survival times were reported as 150 and 270 days, respectively. None of the rabbits were treated with radiation therapy, which has been reported as a potentially useful option.

This article presents recent guidelines written by an international group of specialists with the goal of providing veterinarians with current recommendations for the diagnosis and treatment of canine demodicosis. Published studies of the various treatment options were reviewed and summarized. Demodicosis can usually be diagnosed by deep skin scrapings or trichograms and, in rare cases, by skin biopsy. Immune suppression due to endoparasitism or malnutrition in young dogs and endocrine diseases, neoplasia, and chemotherapy in older dogs are considered predisposing factors. Dogs with disease severity requiring parasiticidal therapy should not be bred.

There is good evidence for the efficacy of weekly amitraz rinses and daily oral macrocyclic lactones, such as milbemycin oxime, ivermectin, and moxidectin for the treatment of canine demodicosis. Weekly application of topical moxidectin can be useful in dogs with milder forms of the disease. There is some evidence of the efficacy of weekly or twice weekly subcutaneous or oral doramectin. Secondary bacterial skin infections frequently complicate the disease and require antimicrobial therapy. Treatment should be monitored with monthly skin scrapings and extended beyond clinical and microscopic cure to minimize recurrence.

The objective of this randomized, blinded, placebo-controlled study was to investigate the safety and efficacy of the antiviral agent famciclovir for the treatment of cats with experimentally induced feline herpesvirus type-1 (FHV-1). Famciclovir is the prodrug for penciclovir, a drug that has potent activity against FHV-1 in vitro. In this study, 10 healthy, specific pathogen free cats were inoculated with FHV-1 intranasally and into the conjunctiva; then received famciclovir (90 mg/kg PO) or placebo (lactulose) Q 8 H for 21 days.

Severity of clinical signs (ocular discharge, nasal discharge, sneezing, blepharospasm, and conjunctivitis) was assessed daily. All cats developed signs consistent with active FHV-1 infection. Those treated with famciclovir had lower disease scores on days 4 to 18 and lower concentrations of anti–FHV-1 antibody and serum globulins than lactulose-treated cats. In addition, cats treated with famciclovir gained weight over the treatment period, while placebo-treated cats lost weight during the first week. Further, ophthalmic variables (including severity of conjunctivitis on histopathology and goblet cell density) were more favorable in famciclovir-treated cats, although they did not return to normal by end of the study period.

No adverse effects were associated with this dose or duration of famciclovir treatment (as assessed by clinical evaluation and results of serum CBCs, serum biochemistry, and urinalysis). This study suggests that famciclovir administration in this fashion is safe and may be efficacious at ameliorating systemic, ophthalmic, clinicopathologic, virologic, and histologic manifestations of FHV-1 infection in cats. Further studies are needed to determine whether famciclovir is effective when initiated after clinical signs of viral infection appear. 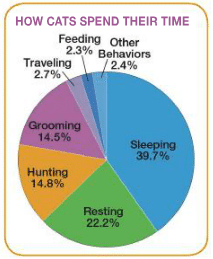 This article, although a few years old, addresses a critical component in cat behavior: the importance of promoting environmental stimulation for cats housed indoors. It reports on findings of a feline behavioral study published in the 1980s, which monitored the activity of cats and the amount of time per day spent performing certain activities. These normal behaviors were categorized into sleep habits, grooming, hunting, travel, and playing. The importance of these activities for cats was discussed and recommendations made for supplementing those activities for indoor-only cats. The emphasis of the article was to educate veterinarians about what recommendations to provide to indoor cat owners regarding provision of proper stimulation for their pets.

See the client handout How To Enhance Your Pet’s Environment, which is also available for download at todaysveterinarypractice.com.