The Hidden Characteristics of Heartworm Disease

THE HEART OF THE MATTER Because heartworm infection has serious consequences for a pet, owners should be educated about prevention. Pressmaster/Shutterstock.com
294     more
294
Shares

Visualize the following scenario: A new client, Mrs. Scott, is in your exam room with Hamilton, a 4-year-old neutered Boston terrier. Before entering the exam room, you learn that Hamilton’s parasite protection program is limited to a flea and tick preventive. Given that heartworms pose a serious threat in your practice, you have a few immediate tasks ahead of you: (1) inform Mrs. Scott of the need to test Hamilton for heartworms, (2) educate Mrs. Scott about heartworm disease, and, if Hamilton’s heartworm test result is negative, (3) stress the need to give him year-round heartworm prevention.

Unfortunately, this scenario is all too common in veterinary practices today. Clients often don’t understand what heartworms are—nor do they understand the consequences of infection. Unlike fleas and ticks, owners can’t see heartworms, and they can’t see heartworm disease developing inside their pets. Only now are veterinarians beginning to fully comprehend how quickly heartworms can cause disease, how the disease progresses, how severe and lifelong the effects of infection can be, and how important it is to prevent infection.

In the above scenario, Hamilton appears to be a happy, healthy dog—on the outside. Beneath the surface, however, his body may be harboring an infection that is already causing serious clinical changes.

It was once believed that pets could have heartworm infection but not have heartworm disease. However, a 2010 study1 using computed tomography indicated that infections as early as 125 days old showed evidence of thickening, obstruction, and tortuosity of the smaller branches of the distal pulmonary arteries. Additional observations, based on necropsies of dogs infected for 153 days, showed dramatic changes in gross pathology reflected by vascular endarteritis and proliferation (FIGURES 1 AND 2). 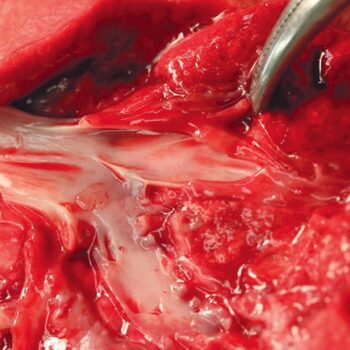 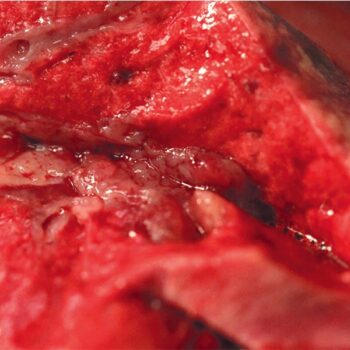 These conclusions become more meaningful when we understand that it takes young adult heartworms 67 to 125 days to reach the pulmonary arteries. This would imply that the heartworms that caused the pathology shown in FIGURE 2 had been in the pulmonary arteries for less than 3 months, which is too early for an antigen test to detect the infection. Given these findings, we can assume that by the time we are able to make a diagnosis, heartworm-infected pets will already have disease.

By 180 to 210 days of age, heartworms grow to 10 to 12 inches in length and occupy the larger, more proximal pulmonary arteries, again causing endarteritis and villous proliferation. If left untreated, the arterial walls develop smooth muscle thickening and fibrosis (FIGURE 3), the smaller capillaries and arterioles become obstructed, and perivascular inflammation ensues. These changes are compounded in infections with large numbers of worms and continue to progress as long as live heartworms remain. 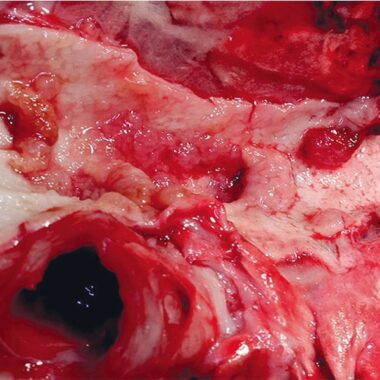 While heartworms can live 5 to 7 years, they can also die as young adults or at any age in between. This is another complicating factor that affects the progression of heartworm disease. As adult worms die, the dead worms are forced into the distal pulmonary arteries, causing thrombosis and obstruction (FIGURE 4). Unfortunately, dead worms don’t simply decompose; they can leave behind chronic obstructive disease along with associated perivascular, peribronchiolar, and alveolar disease (FIGURE 5). The longer heartworm infection persists, the more likely it is for clinical disease to result. 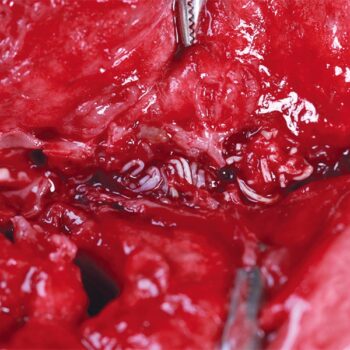 FIGURE 4. Crumpled heartworm and thrombosis in a distal pulmonary artery. 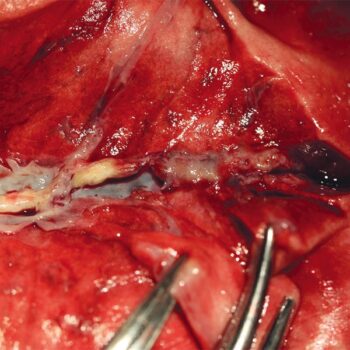 Admittedly, the majority of dogs diagnosed with heartworms are clinically normal, and most veterinarians would be hard-pressed to know a dog has infection without diagnostic testing. Nevertheless, clinical normalcy does not mean patients are disease-free. Over the years, I have conducted numerous necropsies on dogs infected with heartworms and have learned the following:

One of the most important jobs we do as veterinarians is prevent disease. If we understand that every dog with heartworm infection has disease and will have some disease for life, we should be more likely to emphasize the need for annual testing and prompt treatment to clients. And, if we stress the progressive nature of heartworm disease to our clients, they may be more disposed to listen to our recommendations for year-round heartworm prevention.